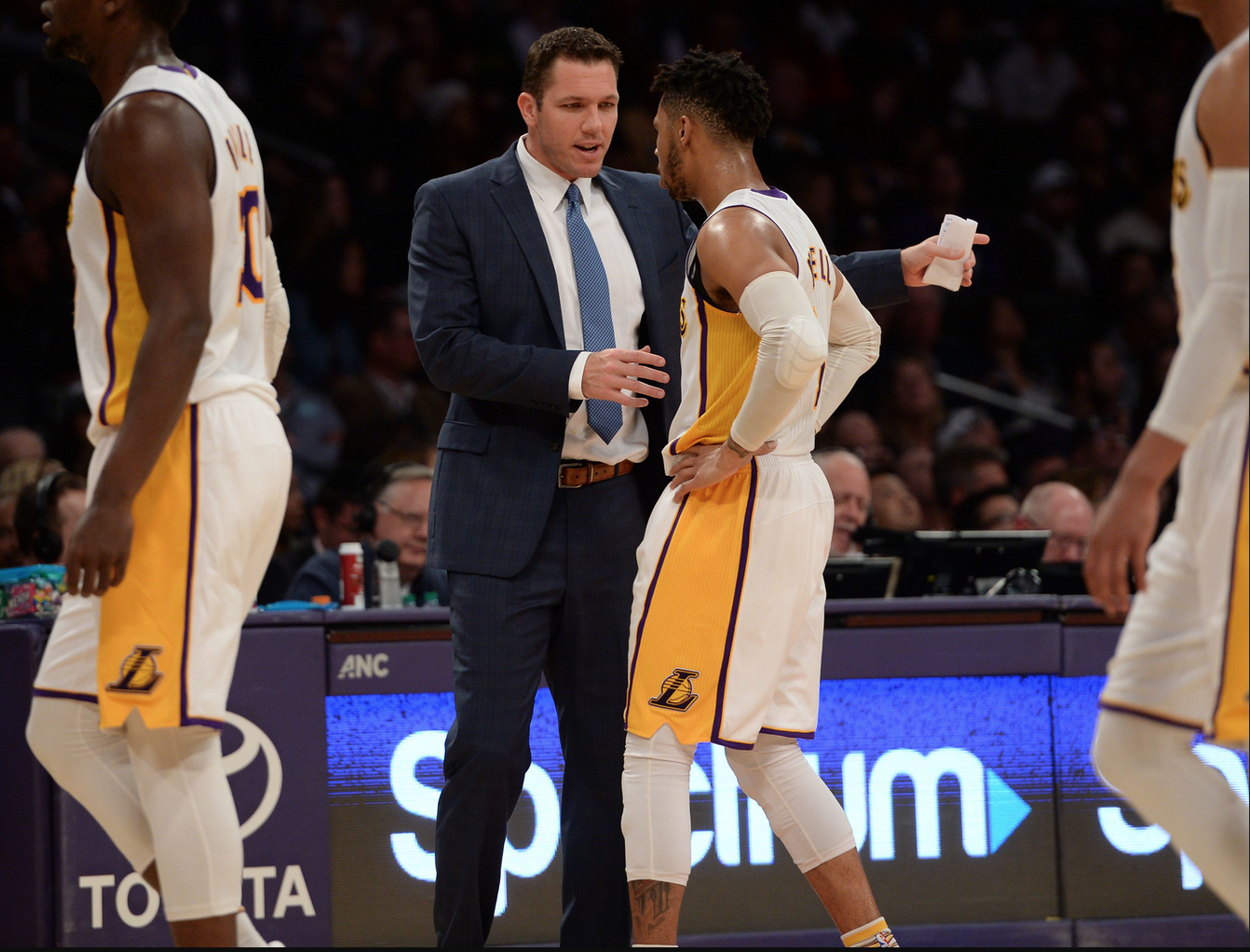 “As a coaching staff, it’s really nice to hear and know,” Walton said. “We can do things that we feel are best for the team and not have to worry for now at least if we’re a part of that future. It’s very comforting to coach that way.”

The Lakers have gone through a sea change both through losing and personnel shuffling. With the Lakers embarking on their fourth consecutive season without a playoff appearance, Buss fired longtime general manager Mitch Kupchak and her brother, Jim Buss, who was the executive vice president of basketball operations. Buss then named Magic Johnson the president of basketball operations before hiring former sports agent Rob Pelinka as the general manager.

Though Jeanie Buss fired the people that hired Walton, their dismissal reasons had more to do with previous coaching changes, free-agent whiffs and assembling unproven rosters.

“It’s a tough spot to be in with the people that hire you aren’t here anymore. Even before that happened, I always had a good relationship with her and have had random talks with her before any of that went down,” Walton said of Jeanie Buss. “She was great with the vision she had, what she saw and the way she sees things playing out. That made it a little easier even before we had official talks after all that stuff went down.”

Since then, Jeanie Buss, Johnson, Pelinka have all publicly supported Walton. They also outlined the importance of collaboration without micromanaging. Johnson and Pelinka recently demonstrated that balance by offering feedback to players after a recent practice at Walton’s approval. Still, Walton sounded intrigued how that dynamic will work with a larger sample size during free agency and next season.