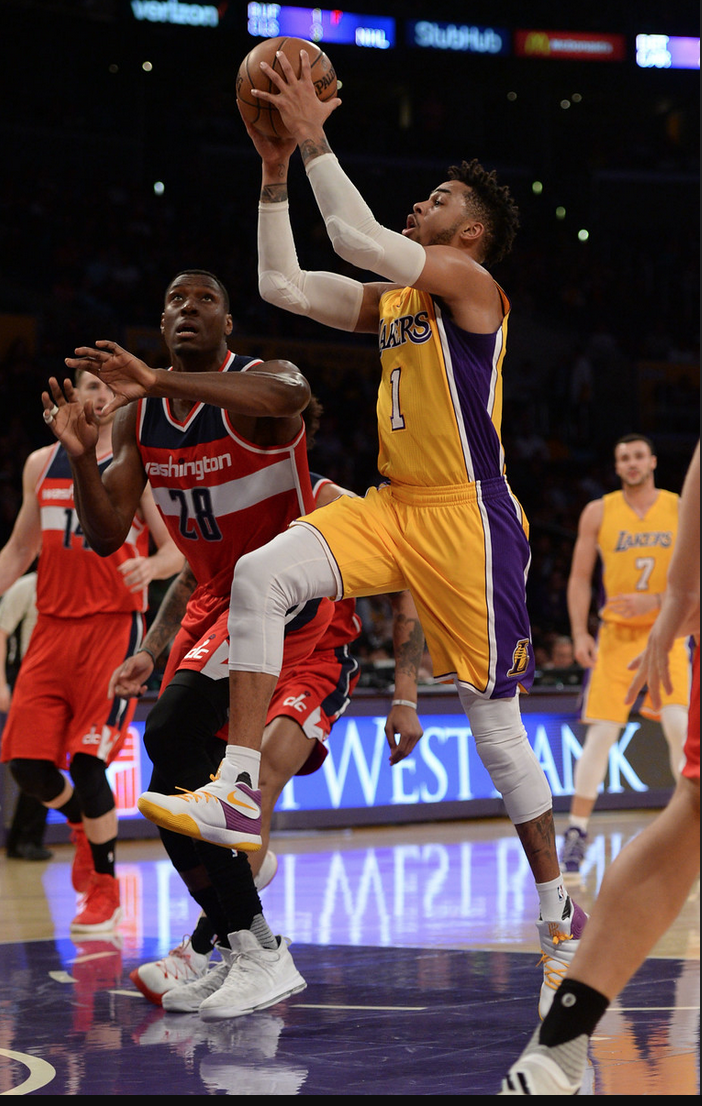 Even if plenty of the Lakers’ fanbase has fretted recently over the team’s diminished odds in the NBA draft lottery, Lakers coach Luke Walton wore a wide smile following Friday’s morning shootaround.

Beyond nursing a rare two-game winning streak, the Lakers (23-55) will have D’Angelo Russell, Jordan Clarkson and Brandon Ingram available for Friday’s game against the Sacramento Kings (31-47) at Staples Center.

Walton said there are no limitations for Russell (sore left knee) and Clarkson (left knee contusion). After missing Wednesday’s game in San Antonio and having limited participation in Thursday’s practice, Russell completed Friday’s morning shootaround that included making 17 consecutive 3-pointers. Meanwhile, Clarkson sat out of the fourth quarter against the Spurs after bumping knees with Spurs forward David Lee. For the fourth consecutive game, Ingram will nurse a minutes restriction though it’s not clear if it will mirror the 10 minutes he logged against the Spurs.

Lakers guard David Nwaba will also likely have a minutes restriction after playing on Wednesday in San Antonio and in the D-Fenders’ Game 1 playoff loss to Rio Grande Valley in Hidalgo Texas. After posting 10 points, five rebounds and three assists in 29 minutes against the Spurs, Nwaba led the D-Fenders with 29 points in 39 minutes.

Mindful that Nwaba could potentially play every day up through the Lakers’ season finale against Golden State on Wednesday, Walton suggested he and D-Fenders coach Coby Karl will reevaluate how they use Nwaba.

“We’ll take it day by day. I don’t think it’s good for him if he’s going to play 30-40 minutes with both teams,” Walton said. “So we have to sit down and talk as a group as far as what’s best for him health wise.”

What Strategies Will the Lakers’ Front Office Employ in This Crucial Upcoming Offseason?