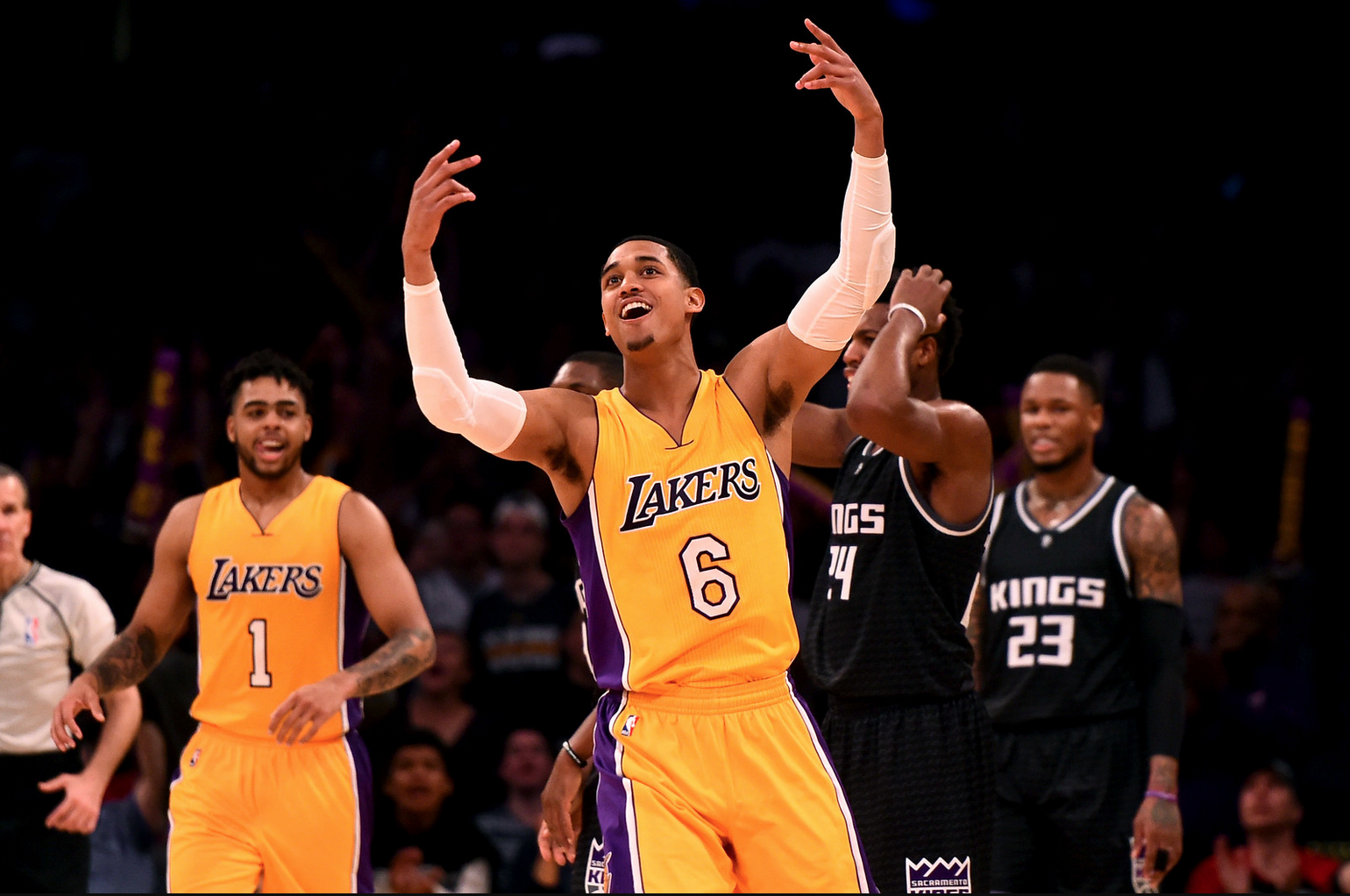 Los Angeles Lakers guard Jordan Clarkson (6) reacts after forward Corey Brewer (3) intercepted an inbound pass with seconds on the clock in the fourth quarter during their game against the Sacramento Kings at the Staples Center in Los Angeles, Friday, April 7, 2017. The Lakers beat the Kings 98-94. (Photo by Hans Gutknecht, Los Angeles Daily News/SCNG)

EL SEGUNDO — The deal sent a clear signal the Lakers viewed Jordan Clarkson as part of their long-term future. The Lakers signed Clarkson last summer to a four-year, $50 million deal, an offer that signified Clarkson’s growth through two NBA seasons and their optimism about his long-term growth.

But after completing his third NBA season with the Lakers, the 24-year-old Clarkson faces a series of questions regarding his future. Will he play more as a point guard, shooting guard or mix of both? Will Clarkson start or come off the bench?

“I don’t know,” Clarkson said following his exit meeting on Thursday at the Lakers’ practice facility. “I guess we’ll have to see.”

Clarkson already has first-hand experience on handling those fluctuating roles. After rarely playing his rookie season, Lakers’ 46th pick in the 2014 NBA draft suddenly became the definitive starting point guard to close out the second half of the season amid persisting losses and a season-ending injury to Kobe Bryant. After starting during his entire season season, Clarkson lost that spot this season partly because Lakers coach Luke Walton though he and D’Angelo Russell struggled co-existing.

Clarkson then faced adjustments sharing ball-handling duties with Lou Williams, who became more efficient with his scoring. Clarkson flourished once the Lakers traded Williams to Houston before the Feb. 23 trade deadline. Clarkson then started as a point guard both with and without Russell in the lineup amid Walton’s quest to evaluate various combinations.

“I was kind of prepared for whatever, not knowing and coming into the season and what it was,” Clarkson said. “Just having an open mind to anything with a new coaching staff and everything.” 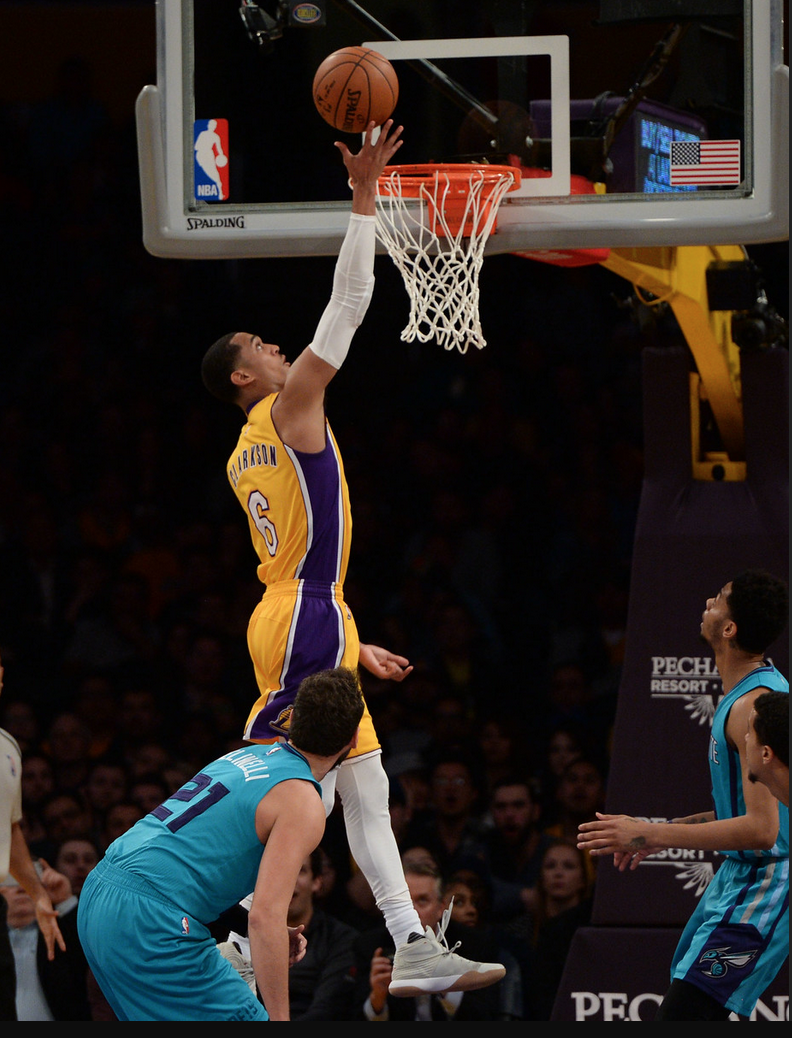 Clarkson pledges to keep that open mind entering his fourth NBA season. When he spoke with Lakers coach Luke Walton, president of basketball operations Magic Johnson and general manager Rob Pelinka, most of the conversation centered more on how Clarkson can improve and less about his role.

Clarkson may have averaged 14.7 points on 44.5 percent shooting, a slight decrease from the 15.5 points he averaged last season on a 43.3 percent clip. Yet, Clarkson still posted those numbers despite diminished playing time last season (29.2 minutes per game) as opposed to 2015-16 (32.3 minutes).

During this offseason, Clarkson plans to focus on sharpening his left hand, bulking up more in the weight room, sharpening his defense and becoming more vocal with his teammates. Clarkson had addressed those same issues last offseason, but he chalked up that process toward a continual learning process as opposed to a lack of improvement. That seems mostly pronounced on the defensive end.

“I’ve seen improvement. A lot of that has to do with being in the weight room and stuff like that,” Clarkson said. “I’ve seen it in post defense, me standing up guys when they bang me or when guys try to go past me sometimes with the chest. We know Coach put in a lot of defensive stuff for us that really helped us as well. I feel like I still have ground to cover.”

How Lakers’ Julius Randle is striving to become more consistent