Below is an email interview with superstar DJ Paul Van Dyk, set to perform at Dreamstate in San Bernardino, that I was not able to use because of time limitations. For more information on the sold-out Dreamstate festival, head to http://www.dreamstateusa.com/losangeles/. 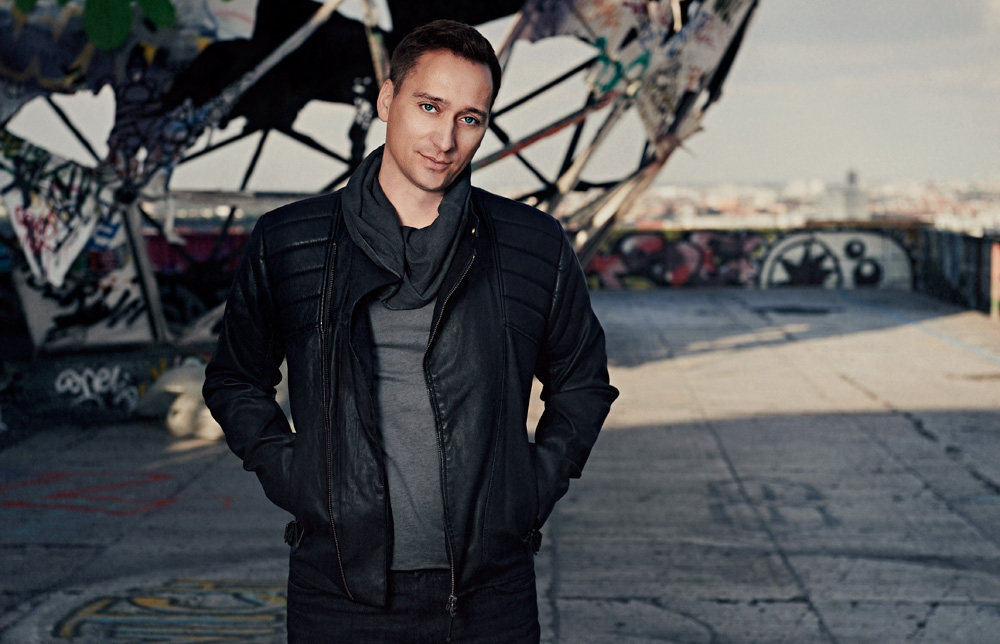 Q: What is your name and where do you currently live?

A: Hello, my name is Paul van Dyk and I live in Berlin

Q: You will be a headliner at Dreamstate USA in San Bernardino (and congratulations on that), which is being advertised as “your trance destination.” What is the state of trance right now compared to the past? Does it feel like a resurgence (or maybe its popularity never went down)?

A: Everyone has their own take on that. For me, it feels like the popularity has remained far closer to ‘constant’, than ‘resurgent’. I do get though, more and more, the vibe from other people see it as resurgent. There’s lots of different ways to gauge that, but with trance-specific events like Dreamstate selling out in 4hrs, I do see where people are getting that feeling from.

Q: What do you think of the concept of the all trance “Dreamstate USA” lineup in San Bernardino and San Francisco?

A: It’s a very positive move. It’s giving something to the U.S. scene that’s been consistently enjoyed by people on other continents for well over a decade. That can’t be a bad thing.

Q: Your Facebook lists your genre of music as “advanced electronic music”. Do you try and distance yourself away from the trance label (and if so, why)?

A: Fans, media or anyone out there who refers to me as ‘a trance DJ’ or ‘a trance producer’, I have no problem with. The need to categorize is fundamentally human. Personally, I don’t need to box myself into anything more specific than the bracket of ‘electronic music’ though. I’ve worked for the freedom to produce what I like, when I like over a long period of time now. For me personally, constraining that frame any further is counterintuitive.

Q: How important has social media been in your career? I ask because you have been around since the early 1990’s when there was no real online presence.

A: Very important. ‘Revolutionary’ is not too big a word.

A: Not so much enjoy as absolutely love it. It provides a barrier-free bridge between the people who follow what I do and myself… For an artist, you can’t get a better, more healthy ‘relationship’ than that.

Q: What piece of advice would you give younger artists?

A: Follow your heart, not the herd. Producing or play what feels really right inside, not what’s today’s trend. Once artists lose sight of that, they’re in great danger of beginning to chase their own tail. That produces a vicious cycle. Electronic music, by its nature, and over its history, has changed very fast. Once someone starts bandwagon-jumping a trend, they’ve unconsciously putting themselves on a road to obsolescence. They’re carbon dating their output and history’s not typically kind to those that have. Thus the best thing to do is to focus on what you, in your own mind, feels good and sounds right. That’s stood me well over the longer run.

Q: You were an active participant in Rock the Vote in 2004 and 2008. Why is voting so important to you and what do you say to people who don’t feel it is as important?

A: Voting is ones of the foundations of democracy. Freedom of speech and the right to vote are fundamental to making our society as fair and equal as possible. The thing is we are at the crossroads of where this world is going. There are many different ideas as to what should happen with this planet. If you go out and vote, you can have, at least a say in that. You are an importance, this importance is given to you by democracy and democracy is the best way for us all to live together on this planet. There are many countries in the world where people still don’t have any right to vote at all. So if you have the chance, go and do it.

Q: With “The Politics of Dancing 3” is there a message or anything specifically you want fans to get out of it?

A: There is, very much so. In Ibiza whilst DJing many a year ago, I watched Lebanese friends dancing with Israeli friends – without war, without anything in their minds other than treating each other respectfully. In 2015 the need for this type of diplomacy is even greater than it was in 2001. In a very personal respect I see what sort of potential electronic music has for uniting people who otherwise would not normally be united. It’s tremendously powerful in that way and that’s what ‘the politics of dancing’ really means to me.

Q: It’s been 10 years since the last “Politics of Dancing 2” record. Why do a third edition now?

A: Over the years many people asked if there would ever be another ‘Politics Of Dancing’. I’d thought about the idea myself and often. Three years back I finally decided ‘why not?’ If there was a project that we all still had so much enthusiasm for, that is requested by the audience regularly, and over such a long period of time, then really, what’s to stop it?

Q: Are Southern California trance audiences different than other audiences you perform in front of?

A: Not really, no. Back, a good few years ago, you used to see big, and I do mean really gulf-sized differences in how audiences reacted and responded at gigs. These days though, hardly at all – power of the internet, I think!

Q: With the San Bernardino lineup, is there any other acts you’re looking forward to seeing?

A: If I get the chance, I always like to catch what Ben Nicky, Giuseppe Ottaviani, Aly & Fila and Jordan Suckley are up to. Those guys never disappoint.

Q: What is next for you?

A: ‘Politics 3’ will still be very much the focus into 2016. The tour has been going for 6 months now and in that time we’ve reached 30 different shores with nearly 60 shows. There’s still many more to reach in the first half of next year though.

There are some new remixes of three of the album tracks out at the start of December too. I imagine they’ll all be getting dropped in San Bernardino next week.