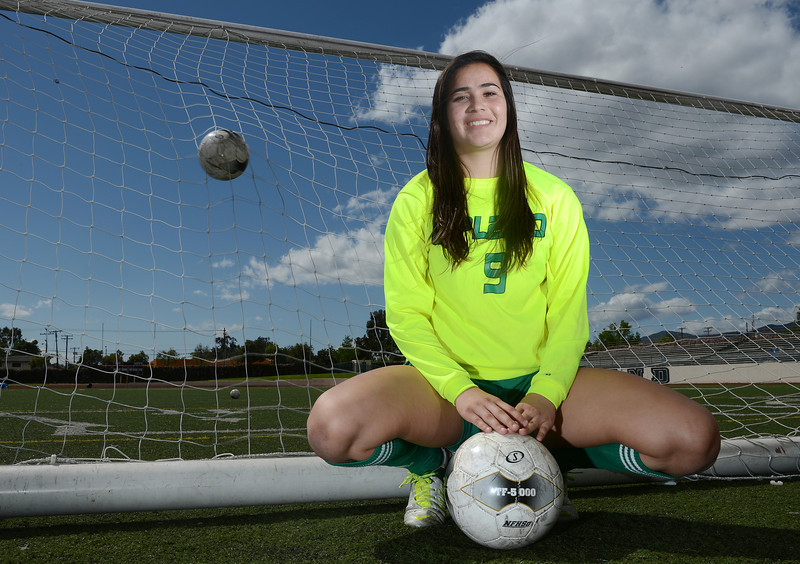 FIRST TEAM
Tori Bolden, Los Osos, Junior, Forward
The first team all-Baseline League selection, who is verbally
committed to Cal, scored a team-leading 11 goals and added eight
assists for a Los Osos team that finished with a 14-8-4 overall record
a season after winning the CIF championship.

Natalie Dzhandzhapanyan, Ontario Christian, Junior, Defender
The Ambassador League defensive MVP and Division 6 first team all-CIF
selection had seven goals and three assists for an Ontario Christian
team that posted a 18-6-2 overall record and reached the second round
of the playoffs.

Ariana Holmes, Claremont, Senior, Defender
The Division 2 first team all-CIF selection had a goal and four
assists, but most importantly anchored a defense that allowed just 20
goals in 29 games as Claremont posted a 22-4-3 overall record and
advanced to the second round of the playoffs.

Tatum Lockett, Diamond Bar, Senior, Forward
The Hacienda League MVP and all-CIF selection totalled 35 goals and
nine assists in leading Diamond Bar to the league championship, a
19-4-3 record and the quarterfinals of the CIF-SS Division 3 playoffs,
where the Brahmas lost in overtime to eventual champ Bishop Amat.

McKenna Pigoni, Upland, Senior, Defender
The first team all-Baseline League selection had three goals and six
assists, but most importantly she was the leader of a defense that
gave up just 20 goals in 26 games for the league champions, who posted
a 22-4 overall record and a 9-1 mark in league play.

Charlee Pruitt, Alta Loma, Junior, Goalkeeper
The first team all-Baseline League selection, who is a mamber of the
U.S. olympic development program, was the backbone of the defense for
an Alta Loma team that finished third in a deep Baseline League and
posted a 13-8-2 overall record.

Mimi Rangel, Chino Hills, Senior, Midfielder
The first team all-CIF selection and Sierra League offensive MVP
finished with 11 goals and 21 assists as she helped Chino Hills to an
outright league championship, an 18-4-4 record and the quarterfinals
of the CIF-SS Division 2 playoffs.

Celly Ruiz, Ontario, Senior, Forward
The four-year starter was selected to her third consecutive all-Mt.
Baldy League first team after scoring 17 goals and dishing out seven
assists for Ontario in her final season before joining the team at Cal
State Long Beach.

Unseeded San Dimas not only advanced to the CIF semifinals but had the defending CIF champions on the ropes. The Valle Vista League champion Saints, who carried a 16-game winning streak into the semifinal against the No. 1 seed, dominated the first half and held a 2-1 lead on Citrus Valley with eight minutes remaining in regulation.

Citrus Valley managed to tie the score after the ball popped out of a scrum in front of the net to Araceli Wallace, who tapped it in the net.

With four minutes remaining in the game, Citrus Valley scored the go-ahead goal on a play that began with a deep throw-in and ended with a player streaking to the net where a clutch assist was placed well enough to create a one-on-one with the goalkeeper that resulted in a 3-2 win for Citrus Valley, which went on to repeat as CIF champions.