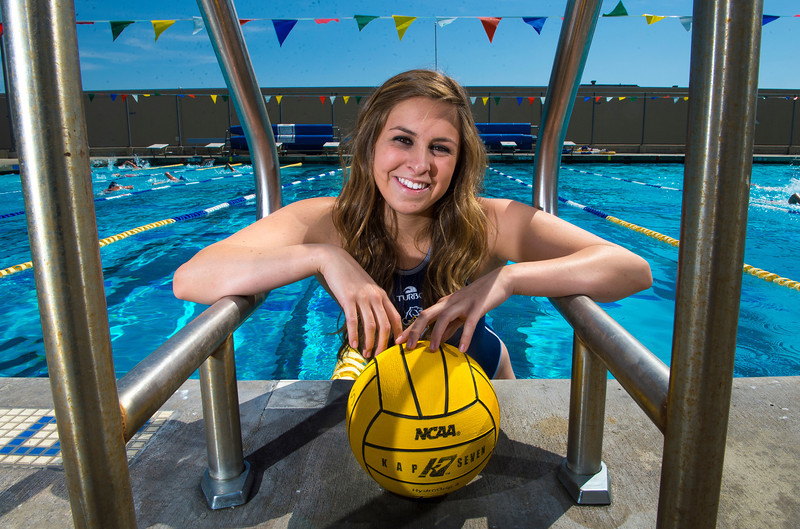 FIRST TEAM
Hilary Adkins, St. Lucy’s, Sophomore
The attacker was the leading scorer for the Regents, who finished with
a 15-12 overall record, placed second in the Sierra League and reached
the second round of the CIF-SS Division 3 playoffs.

Alison Ford, Upland, Senior
The all-CIF utility player had 105 goals, 27 assists and 60 steals for
an Upland team that finished with a 21-8 overall record, finished
second in the Baseline League and reached the second round of the
CIF-SS Division 3 playoffs.

Shannon Golden, Los Osos, Senior
The first team all-CIF selection scored 67 goals, the second highest
total on the team, and had 55 steals, 50 assists and 33 ejections
drawn for the CIF-SS Division 3 champion Grizzlies, who won the
Baseline League for the eighth straight time.

Natalie Rivas, Bonita, Junior
The junior played a big part in Bonita being ranked No. 1 in Division
4 most of the season before winning the Hacienda League title and
advancing to the divisional semifinals. She was first team
All-Hacienda League and first team All-CIF-SS Division 4.

Samantha Snow, Bonita, Junior
Snow was half of the Bearcats’ dynamic duo that also featured Natalie
Rivas. She helped Bonita to a 24-8 record and the Hacienda League
title. She was first team All-CIF-SS Division 4 and first team
All-Hacienda League.

Vanessa Solano, Los Osos, Senior
The goalie for the CIF-SS Division 3 champions made 236 saves and
added 42 assists and 21 steals for a Los Osos team that finished with
a 19-10 overall record. She was first team all-CIF and first team
all-Baseline League.

MATCH OF THE YEAR
Los Osos vs. Palos Verdes, CIF-SS Division 3 Final
After three consecutive trips to the CIF-SS finals without a championship, the Grizzlies came through with a 7-6 win over No. 4 seed Palos Verdes. It was the program’s second CIF title and first since 2009.