Etiwanda High School’s Andre Grayson hasn’t visited Utah State just yet but he has had such good conversations with members of the coaching staff and developed such a rapport that he has committed to that school any way.

The 5-foot-9, 155-pound defensive back was also being recruited by San Jose State, New Mexico and Air Force, among others, but he never made an official visit. 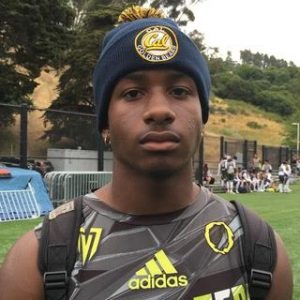 “They have been recruiting me the most all along and I really felt the love,” he said. “It felt like a good fit and I think I can go in and play right away.”

He started his high school career at Rancho Cucamonga but transferred to Etiwanda the second semester of his freshman year. He started four games for the Eagles as a sophomore.

He was a second-team All-Baseline League selection the past season, helping the Eagles to a post-season berth and first round upset win over Valencia.

Grayson plans to major in education in hope of becoming a teacher,