At least not anytime soon.
The State CIF announced on Saturday that they will be extending the agreement with Bakersfield, through the year 2020.
CIF had accepted bids from many sites across the state, including Citizens Business Bank Arena in Ontario, which has hosted the CIF-SS Masters Meet the last two years. But the State CIF has ultimately decided to keep it in Bakersfield at Rabobank Arena, which has hosted the event since it moved from Stockton in 2004.
“CIF and our almost 800,000 student-athletes are grateful to the city of Bakersfield, its community and Rabobank Arena for their commitment,” said CIF Executive Director Roger L. Blake in a press release . “We are proud to continue to call Bakersfield the home of the CIF Boys Wrestling State Championships.”
According to the press release, “Official site visitations have concluded and the CIF Executive Committee will vote, on March 26, to affirm the recommendation to extend the agreement with Bakersfield.”
By the way, Alta Loma’s Alex Nunez was 8th at 113 pounds and San Dimas’ David Gonzalez was 3rd on Saturday at this year’s CIF State Boys Wrestling Championships.

CIF State Wrestling brackets, for the tournament that begins this Friday in Bakersfield. Locals are highlighted, or boxed in yellow. Some of those you will see highlighted are San Bernardino Sun wrestlers, not just Daily Bulletin. 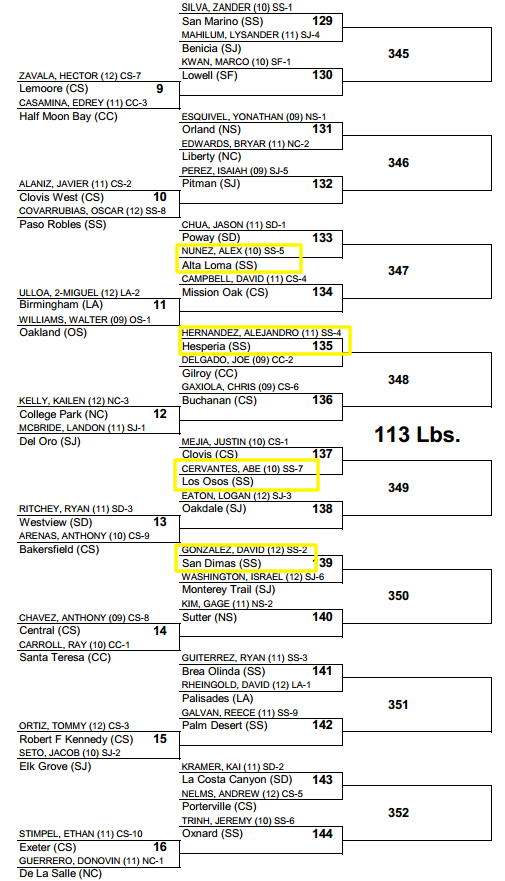 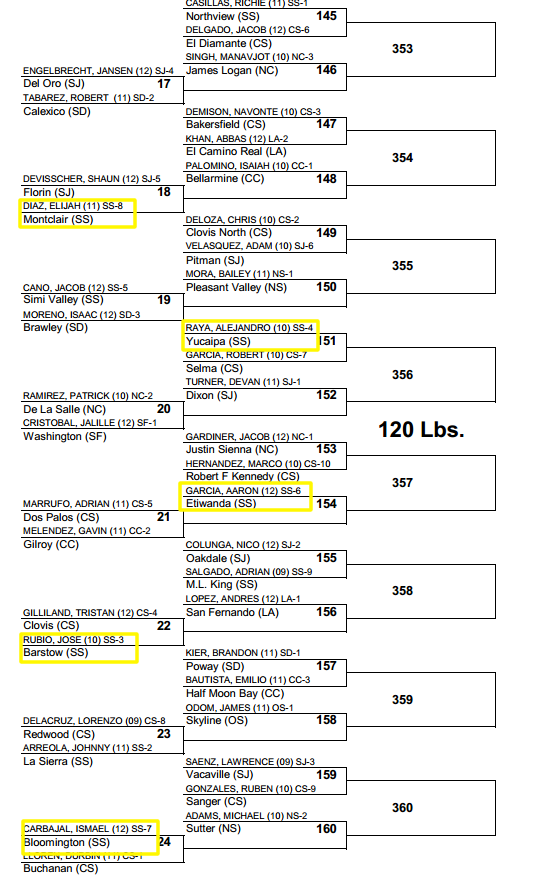 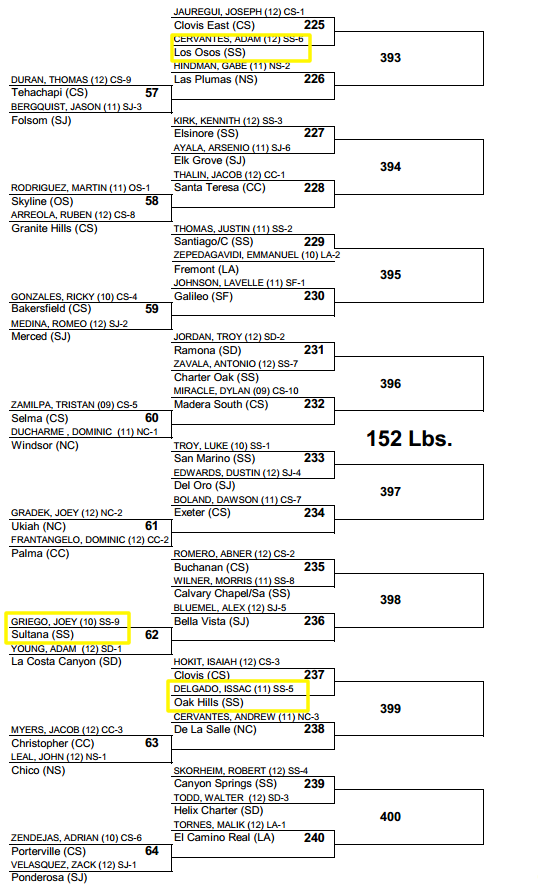