It’s been quite a week for the Ontario High School football team. Coach Ron Stocking stepped down on Saturday a day after his team won its Mt. Baldy opener against Garey.

Athletic director Ryan Alvarez stepped in to try and pick up where Stocking, who got a more financially stable job not in the education field, had left off.

Alvarez admitted Monday was a little hectic but things started settling down on Tuesday. He said his players were adapting as well as can be expected.

“They are doing better than what most adults in the same situation,” he said. “I have been very proud of the way they have carried on. It says a lot about the type of kids they are.”

“They’re both great young coaches. If it’s not broke, don’t fix it,” he said.

Unfortunately the change comes right before what may be the toughest game of the season – against defending Mt. Baldy champion Chino.

And the Jaguars will be without quarterback Edgar Murillo who is still nursing a knee injury. Sophomore Cameron Poe will fill in.

No doubt the team’s tenacity is being tested.

The summer of change at Eisenhower High School has continued, with the naming of a new athletic director, football coach and baseball coach.

Gilbert Pulido, who has been at the school coaching baseball for the last eight years, takes over as athletic director. He takes over for Steve Johnson, who was asked not to return as A.D. Johnson was shot in a park in San Bernardino in January and had already stepped down as boys basketball coach.

Pulido has been the head baseball coach at the last five years, going 3-22 last year in the rugged Citrus Belt League.

END_OF_DOCUMENT_TOKEN_TO_BE_REPLACED

After nine successful seasons, the contract of Norco High School head football coach Todd Gerhart was not renewed, a source confirmed to the Daily Bulletin.

The news was announced to the Norco players at a 3 p.m. meeting on Friday and the players’ parents at a 4 p.m. meeting. Gerhart’s longtime defensive coordinator, Larry Baker, will take over as head coach at Norco.

The first indication Gerhart may not be brought back was when the coach was placed on administrative leave in April while the school conducted an investigation based on complaints alleged by a former assistant football coach.

END_OF_DOCUMENT_TOKEN_TO_BE_REPLACED

The vision that prompted Matt Bechtel to leave his first head coaching job after just two seasons and leave the Chaffey Joint Union School District after 16 years came to fruition last week. After one year as the Chino Hills offensive coordinator, Bechtel was hired as the school’s head football coach. He interviewed on Feb. 12 and was offered the position Feb. 14.

Bechtel, Colony’s head coach from 2010 to 2011, replaces Derek Bub, who resigned after five years as head coach citing the death of his father in October and his desire to pursue an administrative position. Knowing Bub was closing in on his administrative credential, Bechtel had his eye on the Chino Hills head coaching job when he accepted the offensive coordinator role and a teaching position last year in the Chino Valley Unified School District. But the move didn’t come without risk.

“Most people don’t get an administrative credential and sit on it for five or six years,” Bechtel said. “Did I think this was going to happen in eight months? No. It was a gamble for me to come here. I gave up tenure and 16 years at a time when job security in the teaching profession was in disarray, but you can’t get ahead in life without taking risks.”

END_OF_DOCUMENT_TOKEN_TO_BE_REPLACED

Etiwanda’s three-month search for a head football coach is over. Brandon Rohrer, La Puente’s football coach for the last four seasons, has been hired, pending board approval, according to an anonymous source. Roherer, who went 33-11 at La Puente, will replace Tommy Leach, who went 4-6 in his one season as Etiwanda’s head coach. 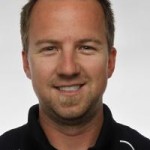 After finishing second his first three seasons, Rohrer led La Puente to a share of the Montview League championship last season. La Puente has exited the playoffs in the first round each of his four seasons.

After reaching the playoffs five consecutive seasons, Etiwanda missed the playoffs in 2012 for the second straight year. Leach departed after one season citing the long commute from Temecula Chaparral, where he is a teacher.

END_OF_DOCUMENT_TOKEN_TO_BE_REPLACED

The nature of Kevin Price’s ascension to head football coach at Los Osos High School, the position to which he was named on Tuesday, doesn’t exactly inspire change. He has been a member of the coaching staff since the school’s inception in 2002 and the defensive coordinator for the last eight seasons under Tom Martinez, the only head coach the school had ever known.

But Price made clear the bus doesn’t just have a new driver, it’s going in a different direction.

“When we started the program, there were a lot of different rules in place,” he said. “My perspective is different, not necessarily better, but different on things like how much time we will put in now. We’ve had success here in the past but have we had as much success as we wanted? No.”

END_OF_DOCUMENT_TOKEN_TO_BE_REPLACED

Kevin Price, the Los Osos defensive coordinator for the last eight years, has been hired as the school’s next head football coach, according to former head coach and current athletic director Tom Martinez. Price, a teacher at Los Osos, has coached for the Grizzlies in some capacity the last 12 years and spent the previous six years coaching at Rancho Cucamonga.

Martinez, the head coach at Los Osos since the school’s inception in 2002, stepped down from his head coaching position in January due to the demands of both jobs, according to Los Osos principal Susan Petrocelli.