Chino Hills defensive back Max Masad is headed from Southern California to the cold weather climate of Minnesota. 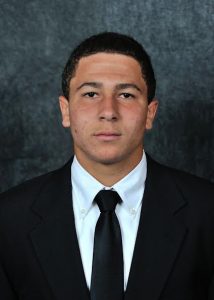 He doesn’t expect the cold temperatures to be a problem.

“I kind of wanted to get out of California,” he said. “I think it will be a nice change.”

Masad was a three-year starter for the Huskies, last year helping the team to a 6-4 regular season. He was a first team All-Baseline League and second team All-Inland Valley selection by the Daily Bulletin.

He registered 90 total tackles with four for a loss, one interception, a fumble recovery and a forced fumble.

Academics were also a factor as Masad plans to major in criminal justice and the school has a program in that field.

The Golden Bears are coming off a 2-9 season.

“I am excited about the opportunity both athletically and academically,” he said. “I think I can go there and possibly play right away.”