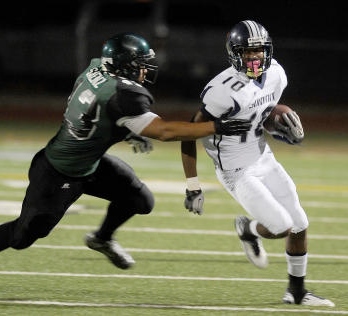 END_OF_DOCUMENT_TOKEN_TO_BE_REPLACED

Jordie Munford is glad Oregon annoyed her with its persistence. If not for the incessant phone calls, the Rancho Cucamonga High School hurdler would have made a decision between USC and UCLA yesterday morning when she signed a letter of intent. 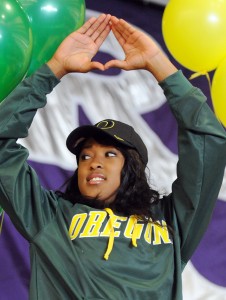 Two weeks ago Oregon wasn’t even on the radar of one of the country’s top track recruits. Two weeks later she signed a letter of intent with the Ducks on Wednesday.

“They just kept calling and kept calling,” Munford said. “Finally they convinced me to take a trip up there. After my visit, they were pretty much in front from there.”

END_OF_DOCUMENT_TOKEN_TO_BE_REPLACED

All of the high profile football recruits in the area have already issued their verbal commitments, but one athlete in particular will provide some drama on Feb. 6, National Signing Day.

Rancho Cucamonga High School track star Jordie Munford, one of the top recruits in the country in her sport, will announce her college decision and sign her letter of intent on Wednesday. The senior hurdler has narrowed 30 scholarship offers to a list that includes USC, UCLA and Oregon.

“It was a pretty big list until two weeks ago,” Munford said. “I’ve pretty much made my decision, but I haven’t let anybody know.”