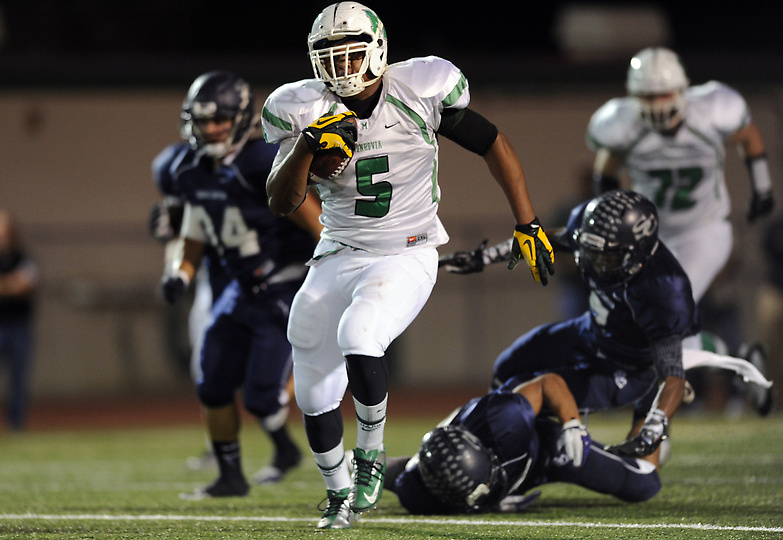 Last week: Keith enjoyed a perfect weekend, guessing right on all six semifinals of the Mid-Valley, Northeast and Southeast divisions. I missed on the Satan Fe-Downey encounter, going with the Chiefs, who looked so good the week before with the upset of La Mirada.

This week: It’s championship week and the Star-News area again has two teams going for titles. Monrovia is seeking a three-peat in the Mid-Valley, with Rio Hondo Prep going for back-to-back titles. The Wildcats host No. 1 Paraclete in what looks like a pick’em game. Monrovia is averaging nearly 300 yards rushing in three easy playoff wins, including last week’s win over Sierra Canyon. But Paraclete has been ranked No. 1 or 2 most of the season. I like the ‘Cats, mainly because I don’t see Paraclete having an answer for George Frazier V, who is averaging nearly 30 yards a carry with 207 yards rushing during the past two weeks. Championship games are all about big players stepping up big, and G5 looks like the guy for the ‘Cats. Rio Hondo has bigger worries. The Kares are getting the rematch they wanted against Mission Prep, which has been No. 1 in the Division all season. Will that change on Friday? I have hard time picking against a team that beat another, 47-14 the first time. I do think it will be closer, but Mission gets the pick.
Here’s Friday’s championship schedule:
MID-VALLEY DIVISION
Paraclete (12-1) at Monrovia (11-2), 7 p.m. — Ramirez (Monrovia), Lair (Paraclete)
NORTHEAST DIVISION
Mission Prep (12-1) at Rio Hondo Prep (11-1), 7 p.m. — Ramirez (Mission Prep); Lair (Mission Prep)