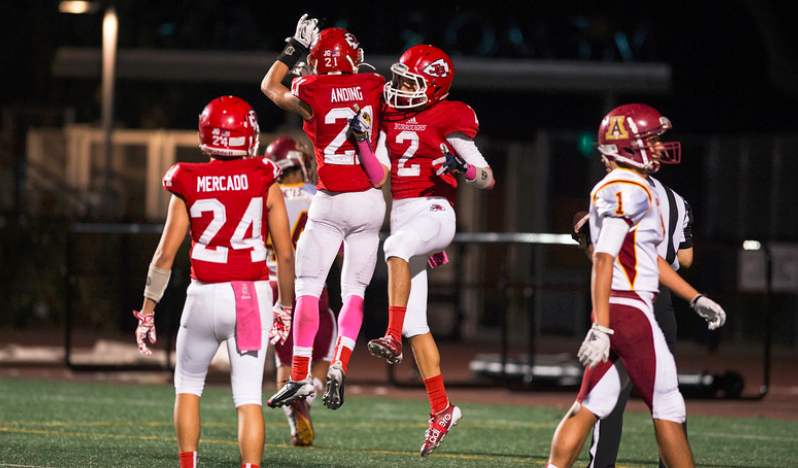 By Keith Lair
BURBANK >> The Arcadia High School football coaching staff was yelling out what host Burroughs was going to run in Thursday night’s Pacific League matchup,
The problem was that the Apaches had difficulty stopping the Indians’ offense.
“We didn’t have many answers,” Arcadia coach Andrew Policky said. “They are just the better football team than we are right now.”
Burroughs scored the first 10 times it had the ball en route to a 70-23 victory. Arcadia has yet to defeat Burroughs in the current league configuration and it was the most points the Apaches have given up in more than a decade.
Burroughs quarterback Andy Amela, who had missed the last three games because of a concussion, threw for four first-half touchdowns and completed 13 of 16 passes for 244 yards. He played on the opening series of the second half, but did not throw a pass.
“It felt good to finally get back,” the junior said. “It sucked sitting and watching. I came in pumped and wanting to play.”
The Indians (5-3, 3-2) scored on every drive of the first half for a 49-9 halftime lead. Erick Hernandez caught three of those touchdown passes and had six catches for 152 yards in the first half.