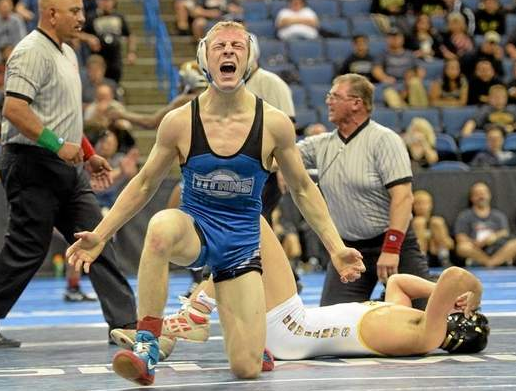 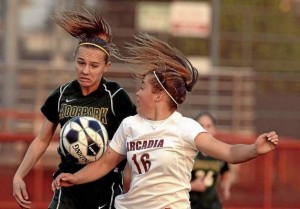 The sophomore goalkeeper stopped the seventh penalty shot to give the Musketeers a quarterfinal victory over host Arcadia. She guessed correctly to go to the left and stopped Kaylin Pascasio’s shot to give Moorpark (14-6-3) the decisive penalty kick goal, 4-3, on Thursday evening.

The teams were tied, 1-1, after regulation and the two 10-minute golden-goal overtime periods.

Boys tennis
Arcadia 17, Glendale 1 — Teams of Brian Kim and Stanley Lim and Henry Zhang and Kevin Yang swept in doubles to lead the Apaches (2-0, 2-0) to a Pacific League victory.
Keppel 10, Maranatha 8 — Matt Alleman and Daniel Hsieh swept in singles and the teams of Eric Law and Andy Xiang and Bryan Chan and Timothy Wang swept in doubles to lead the Aztecs (2-0) to the nonleague win.
University 12, San Marino 6 — Derek Chen swept in singles for the Titans (0-1) but it was not enough in the nonleague loss.