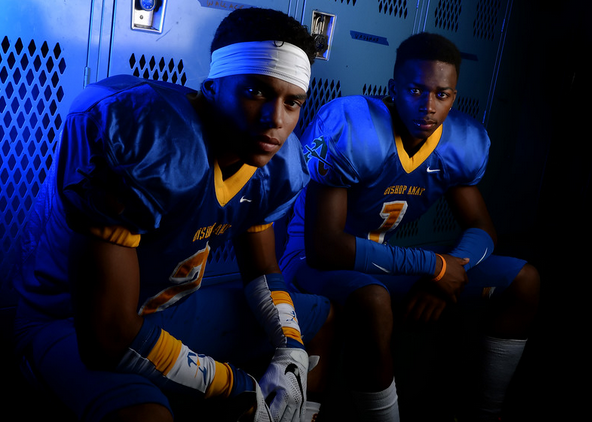 WE ARE STARTING TO ROLL OUT OUR HS FOOTBALL PREVIEW ONLINE. THE MAGAZINE WILL RUN IN LATE AUG.

The Lancers had just lost to eventual division champ Centennial, 38-37, in a game that ended with Amat being stopped inches shy of the goal line on a two-point conversion to win the game.

It was a loss that put the once-powerhouse program back on the radar in the CIF-SS’ highest division. It was also a loss that set the stage for legitimate championship expectations this season, which just so happens to be the 20th anniversary of Amat’s last CIF-SS championship in 1995.