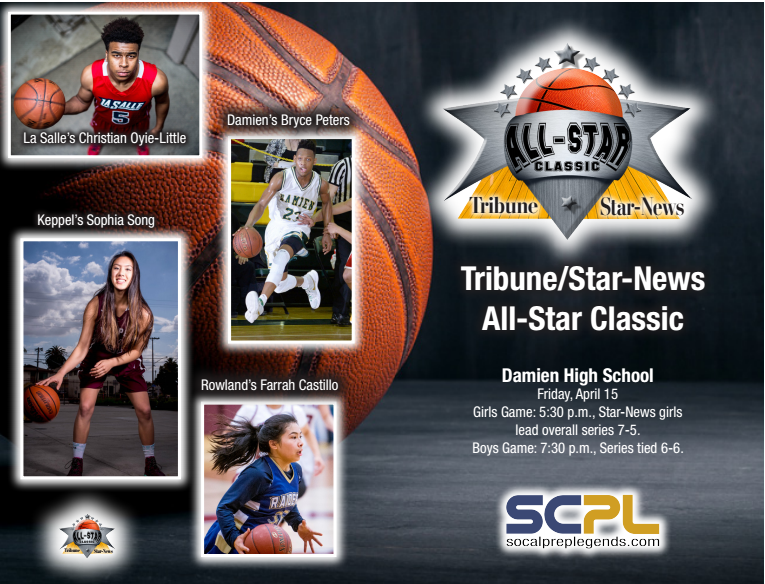 Tribune/Star-News Classic Preview: After 12 years, there’s still no clear answer as to which side of the Valley has the best boys prep basketball talent.
Entering Friday’s 13th Tribune/Star-News All-Star Classic for area high school basketball seniors, the series is tied at 6-6. Tip off for the boys game is at 7:30 p.m. at Damien High. The girls game, which the Star-News leads the series 7-5, is at 5:30.
“They seemed to develop good chemistry right away as they got to know each other,” Tribune boys head coah Tim Godley of Bonita said. “They played with a lot of effort in practice. We’re going to play everybody, if it’s close at the end we’ll go for the win. It seemed like they wanted to win it for the area.”

Diamond Ranch big-man Roman Silva ready to go: At 7-foot-1, Diamond Ranch High School center Roman Silva knows all eyes will be on him Friday night in the 13th annual Tribune/Star-News All-Star Classic at Damien High.
After all, it’s not there’s a legitimate 7-foot college prospect around these parts. Silva is hoping to go out a winner while putting on a show to conclude a career that saw him lead Diamond Ranch to a CIF Southern Section championship last month.
“I’ve been dealing with that for the last two seasons, so it’s something I’m used to,” Silva said when asked if he’s ready to be the focal point on Friday. “I’m just really excited to go out there and just play. I know a lot of people on this team and I just want to go out and play.”

Team’s announced for 13th Annual All-Star Game: The debate over which side of the Valley rules the hardwood will be renewed on Friday, Apr. 15 when Damien High School hosts the 13th Annual Tribune/Star-News All-Star Classic for local high school seniors.
So far, there isn’t much splitting the two sides. The boys game is an even split after 12 years with the Star-News winning six games and the Tribune getting the other six. The girls series is almost as tight with the Star-News girls leading 7-5. The Star-News swept last year’s games.
“I think we will have every opportunity in the world to keep the tradition going on the Star-News side and remind them that our side of town is really strong with girls basketball,” said Star-News head coach Sarah Beattie of La Canada. 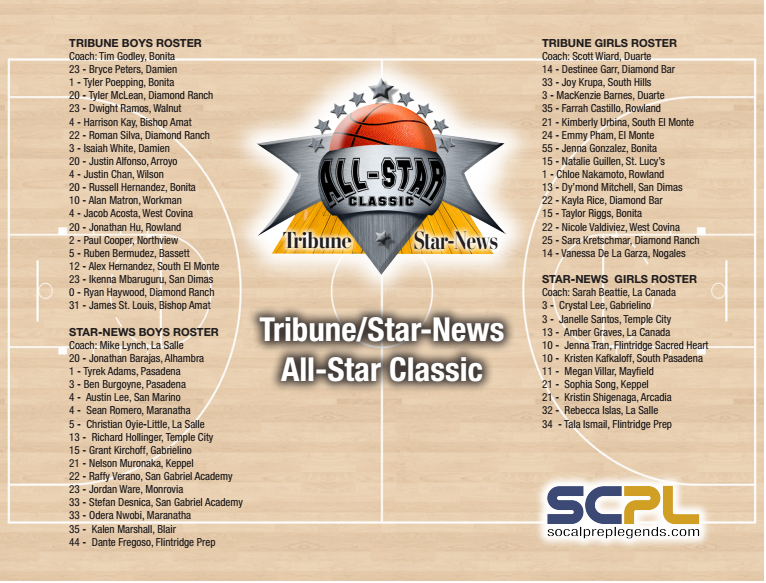