Attention Academy voters: Wedged into your mailbox this weekend, behind delayed greeting cards and year-end charity appeals, is your ballot for the 78th annual Academy Awards nominations.
END_OF_DOCUMENT_TOKEN_TO_BE_REPLACED 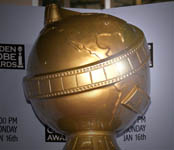 No sooner do I kvetch about one overpraised movie (“A History of Violence,” below) than another comes along — Woody Allen’s “Match Point,” or, as I like to call it, “Woody Allen Thinks About Scarlett Johansson in That Way — Ewww.”
END_OF_DOCUMENT_TOKEN_TO_BE_REPLACED

I generally get where critics are coming from, even if I disagree with their assessments. But there was one movie this year whose reviews still having me scratching my head, and now that it’s figuring into the Awards picture, I’ll let my lone-voice-in-the-wilderness (or my revealing-my-ignorance) riff out into the ether and see if anyone else agrees or can at least explain what I apparently missed. The movie: David Cronenberg’s “A History of Violence,” AKA “A History in Which the 62-Year-Old Auteur Proves He’s All Grown Up Because He Doesn’t Display Any Disfigured Sexual Organs For Once, but He Does Display William Hurt, Which Arguably is Worse.”
END_OF_DOCUMENT_TOKEN_TO_BE_REPLACED