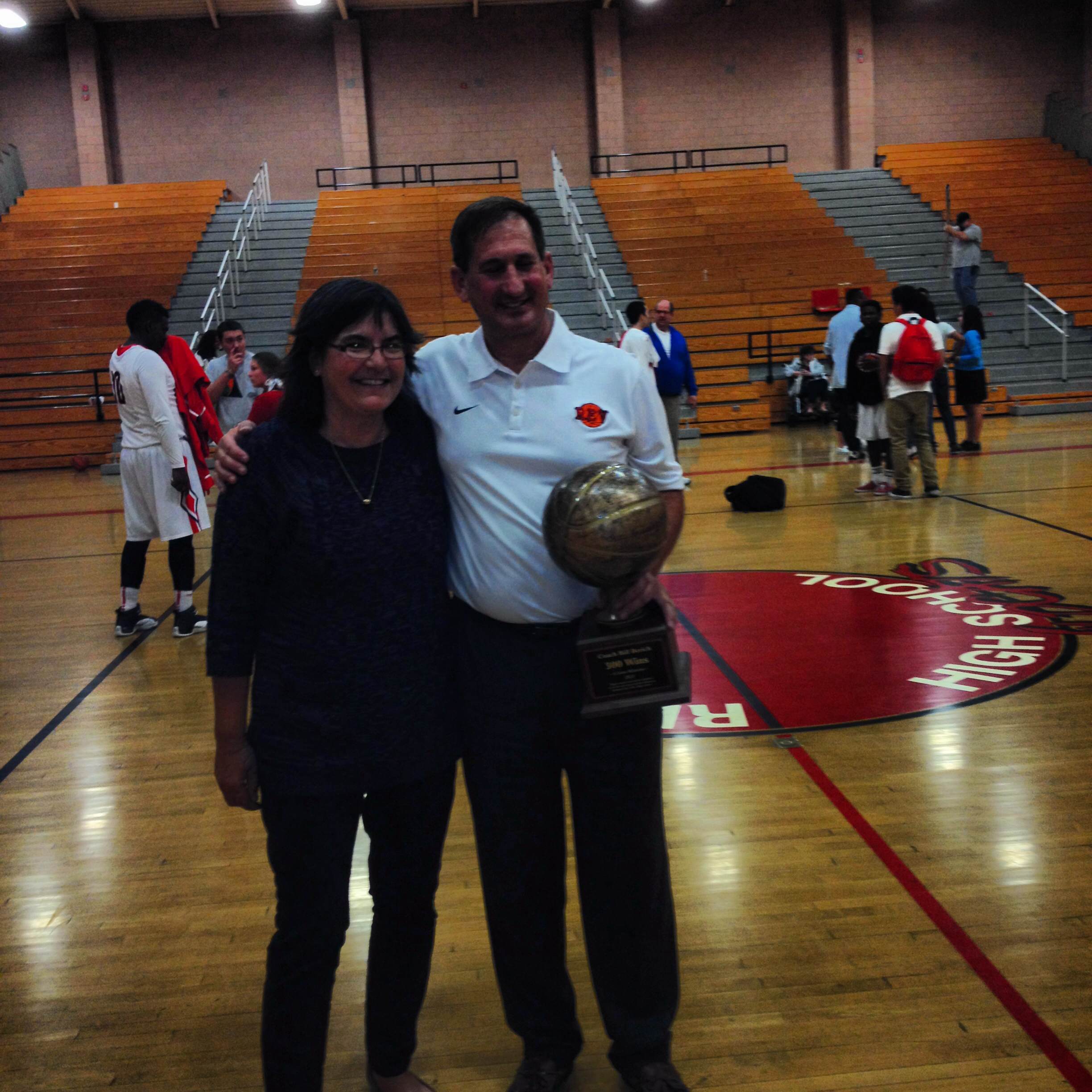 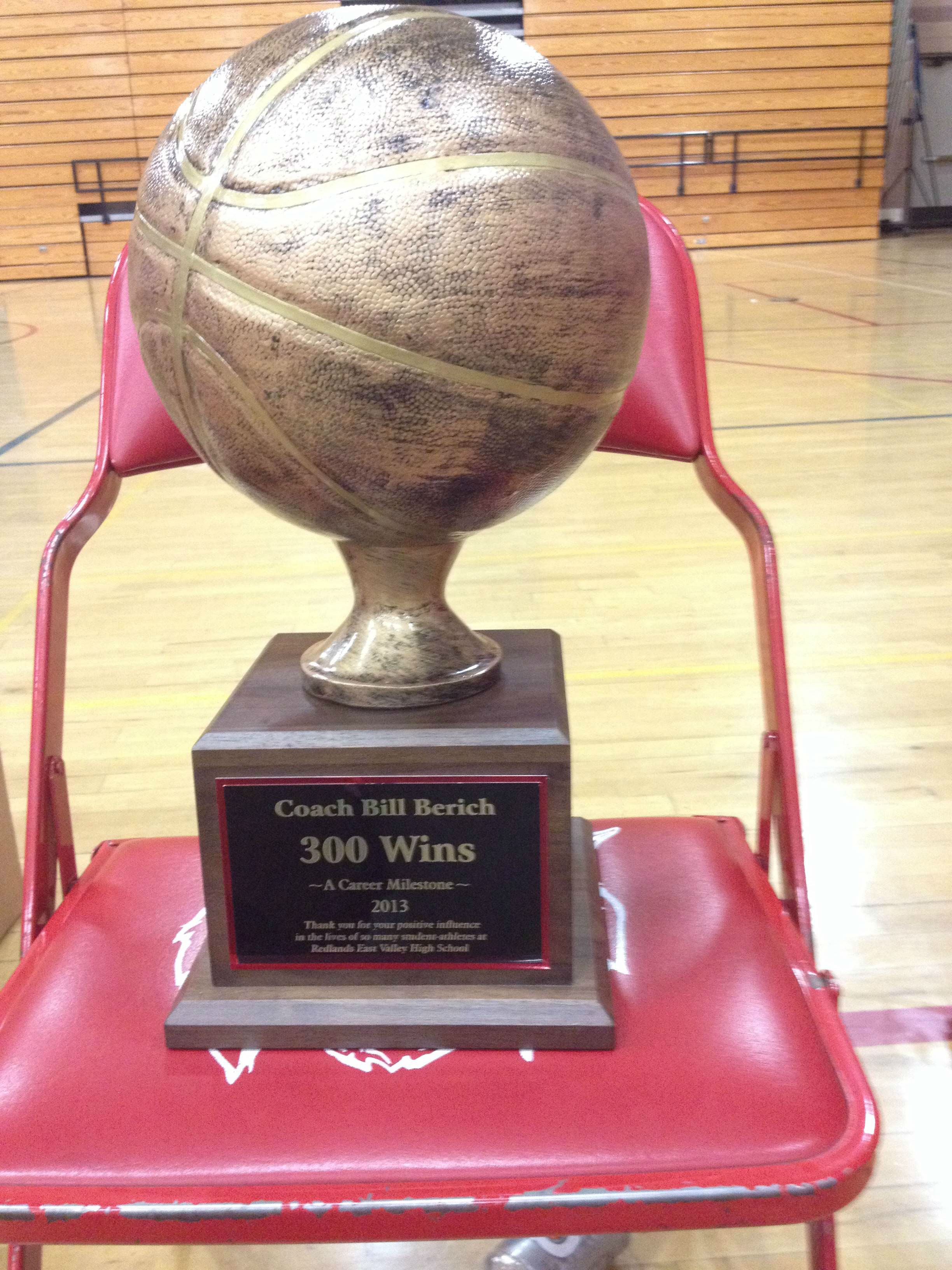 Above are two pictures, top one is of Redlands East Valley girls athletic director Rhonda Fouch and boys basketball coach Bill Berich, posing with Berich’s trophy that he received Wednesday  for reaching 300 wins and the second, of course is a closeup of the trophy.

Berich actually reached 300 wins last year. But Fouch explained that they wanted to verify some records before getting the trophy. So Wednesday’s win over Cajon was actually Berich’s 320th in his career. “You’re almost at 400 now,” Fouch said.