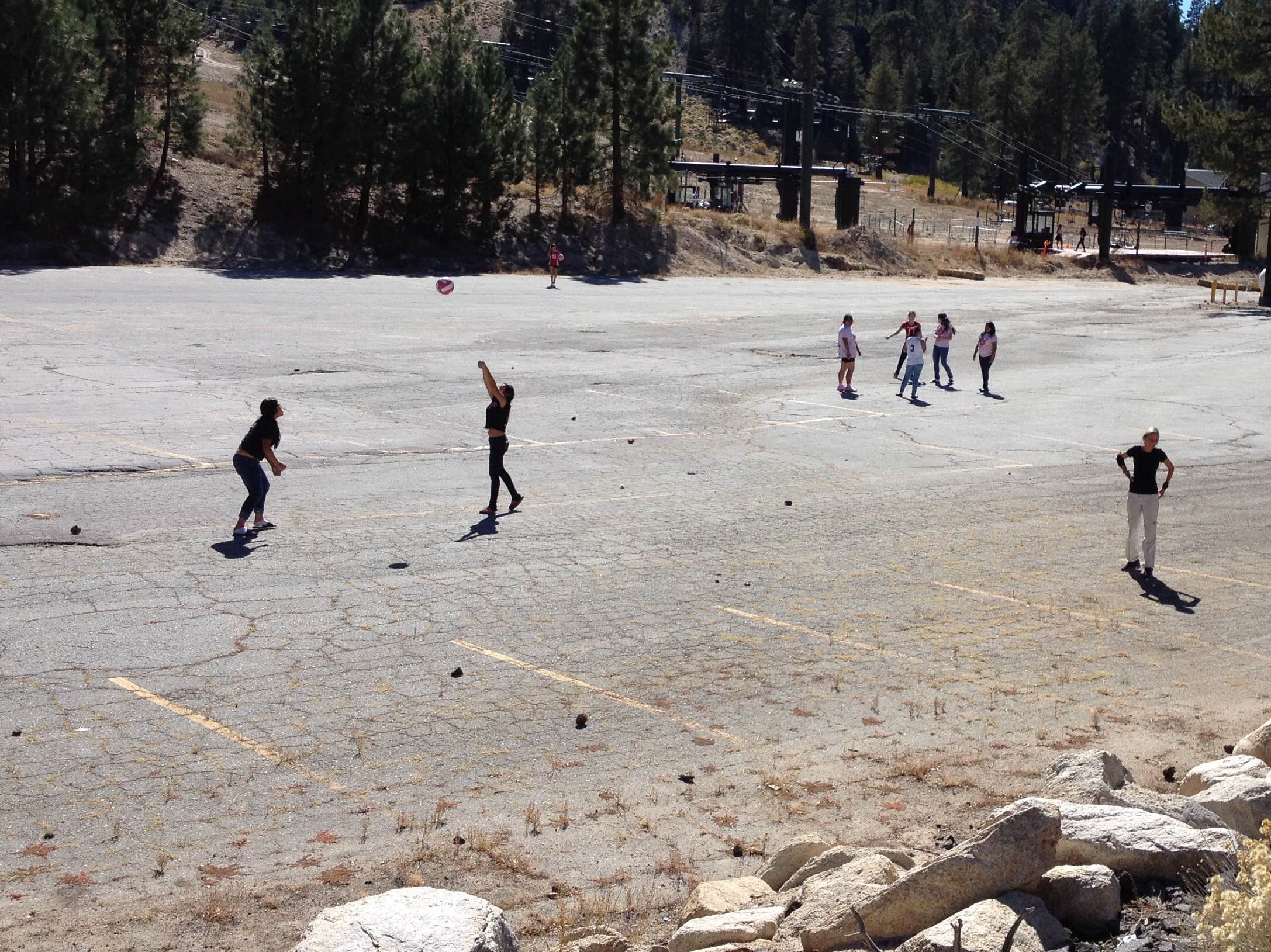 ABOVE: The Desert Mirage volleyball team warms up in the parking lot of the Snow Valley ski resort on Monday, while waiting for Highway 18 to reopen.

Getting to Big Bear High School isn’t the easiest thing in the world.
There are essentially three ways into the Big Bear area: from the west and San Bernardino, it’s highway 18; from the High Desert, it’s the other end of highway 18; and from the south and Redlands, it’s highway 38.
Highway 18 between Big Bear Lake and Snow Valley ski resort has complete Caltrans closures during the day for several weekdays this month.
The issue caught several drivers by surprise, including the bus carrying the Desert Mirage girls volleyball and girls tennis teams to Big Bear for afternoon matches.
JV volleyball and the tennis were scheduled to begin at 3:15 p.m., but the road didn’t reopen until 3 p.m. The bus didn’t arrive at the high school until about 3:30, delaying the start of both matches by about an hour.
“I emailed their AD and warned them about construction,” Big Bear athletic director Ron Perkins said. “It shouldn’t be a problem. Most of them come another way. I’m not sure why they went that way. That’s the only delay we’ve had this season.”
Big Bear uses the other two routes to play league opponents, and usually only takes the closed route when playing Rim of the World or San Bernardino schools in nonleague contests.
“It’s a little bit of a headache to keep track of what’s going on,” Perkins said. “Right now, all three routes have some construction.”