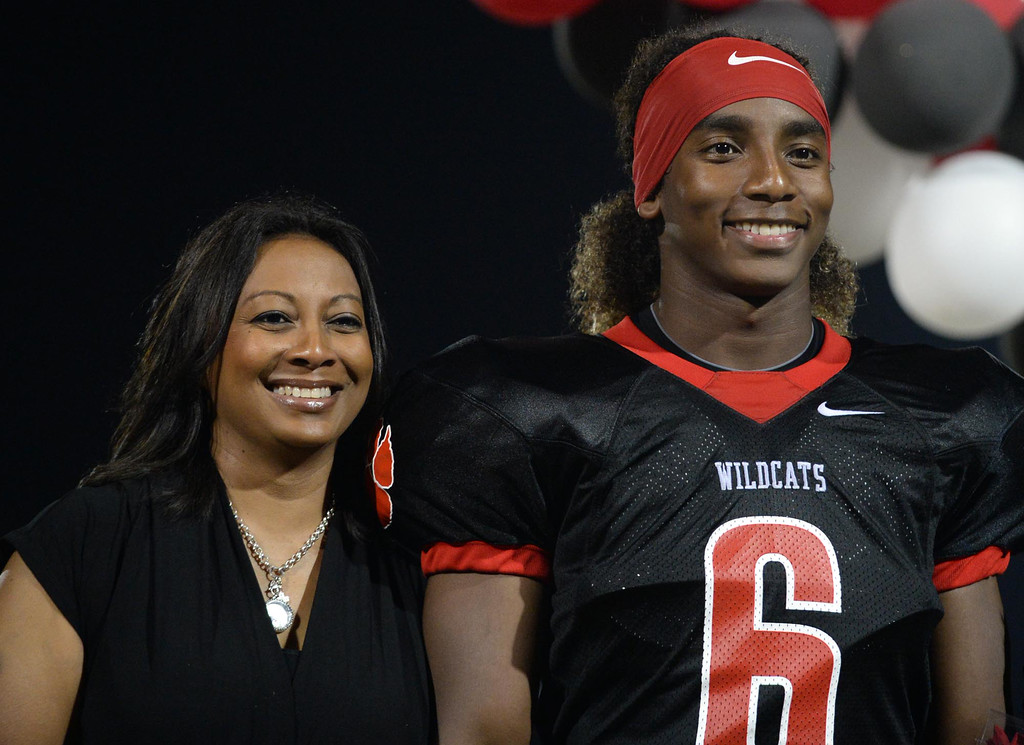 REV star Malik Lovette, who is bound for Oregon, is expected to be 100 percent for Friday’s showdown with Carter.

GAME PREVIEW: Redlands East Valley (8-1, 6-0) at Carter (8-1, 6-0), 7 p.m.
It’s really no surprise that these two teams are playing for the league championship. “When the schedule game out, we didn’t want to tell the kids this, but we figured this would be for the league title,” REV coach Kurt Bruich said.
There’s a lot at stake in this game, more than just a CBL title, which would be Carter’s first in football. REV is ranked No. 1 in the CIF-SS Inland Division, and would presumably be seeded first if the Wildcats win.
Both teams are getting healthy at the right time. For the first time all season, REV is getting 6-foot, 220-pound Sr. RB/LB Taimon Faimalo back from injury after he broke his foot in the team’s scrimmage. “You feel good having him on third-and-short,” Bruich said. WR/RB Malik Lovette, has played sparingly in recent weeks with a “hamstring issue,” but is 100 percent this week, Bruich said.
Carter, meanwhile, will be getting back RB Aaron Brown and LB Dayvion Hodnett, who had been out with concussions. Lineman Lynell Smith had returned two weeks ago from a torn ligament in his foot, but is “close to 100 percent” this week.
Carter coach Alex Pierce wants to use his offense and defense to limit REV’s big-play capability. “We’ve seen on film, when teams pile up on Malik, other guys can make big plays. We need to do a good job of tackling in space,” Pierce said. “We need to limit their possessions and we need to score touchdowns when we get in the red zone. Field goals aren’t going to win this. We’re going to have to put up some points.”

Bruich expects Carter to give his team a battle in the trentches. “They’re a very tough group of kids,” he said. “They’re big and physical.”