Here is the schedule for each of the series of games:

Gavin Pachot has stepped down as head football coach at Rialto, saying, “I really feel like. the direction I was moving with the football team was not the same as the administration.”

In four seasons as head coach at Rialto, Pachot, a 1989 Fontana grad, was 24-20 with three playoff appearances. Prior to Pachot becoming the head  coach, Rialto was 11-69 in the previous eight seasons. He said he plans on coaching next season and in fact was scheduled to be interviewed for the Summit head coaching job on Wednesday. 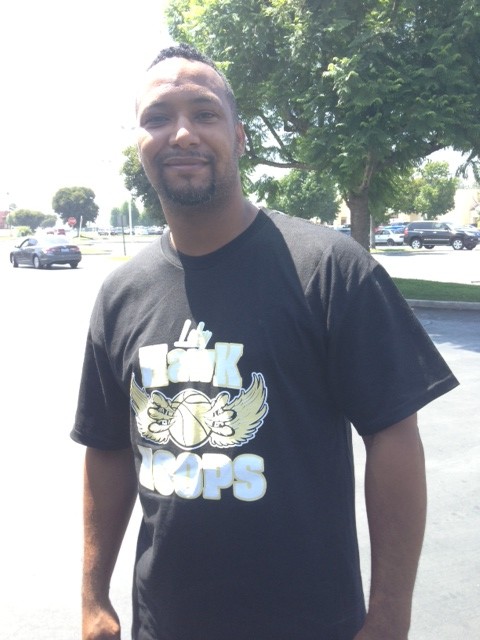 Here is a glance at the 17 San Bernardino County wrestlers competing at state. Rankings are from TheCaliforniaWrestler.com. I will be reporting live from Bakersfield at the State Championships. I will have updates on this blog, and also on twitter.com/PeteMarshallLaw

Toughest draw: Matt Williams, Sultana (182) and Kenny Clark, Carter (285).
Williams, ranked No. 7 has an easy first-round match, but then would face the No. 3 ranked wrestler in the second round and likely the No. 8 wrestler in the third round just to get to the quarterfinals. That’s a loaded section. Clark, also ranked No. 7, should have an easy second round match, but would face No. 1 Nick Nevills of Clovis in the third round.

Best first match: Corey Griego, Sultana (170)
Someone was going to be unhappy when Griego defaulted and took 6th at CIF-SS Masters. That person is Jonathon Costa of Escalon. Costa, ranked 10th, will face No. 1-ranked Griego.

Best chance to place for someone ranked outside of top 8: Garrick Gurney, Chino Hills (170).
Gurney, ranked 13th, doesn’t have to face anyone higher than No. 12 en route to the quarterfinals.
END_OF_DOCUMENT_TOKEN_TO_BE_REPLACED

END_OF_DOCUMENT_TOKEN_TO_BE_REPLACED

After Friday’s Day 1 of the CIF-SS Masters Meet, each weight class is whittled down to the final 12. Those in the semifinals have guaranteed a trip to Bakersfield for next weekend’s CIF State Championships. The other eight still alive in consolation in each weight class will be vying for the final five spots. The 4 winners in the consolation quarterfinals in the first consolation round Saturday advance, with the four losers dropping into the ninth-place bracket and will need to win their final two matches.

There are 22 San Bernardino County wrestlers alive, including six in the semifinals. Bloomington leads the way and is fourth overall with two in the semis and six total still alive.
Here they are, by weight class. All are in consolation except those designated otherwise:
106: Alex Garcia, Rialto (faces Vincent Parra of Covina Northview in the semis)
113: Jorge Carbajal, Bloomington

END_OF_DOCUMENT_TOKEN_TO_BE_REPLACED

As part of the basketball regular signing period that began this week, Rialto High standout center Denae “Mary” Williams has signed a letter of intent to play basketball for University of San Francisco.

“Mary gives us an outstanding presence in the paint,” USF coach Jennifer Azzi said on the school’s web site. “She averaged 18 rebounds per game! Her strength and rebounding ability will make her an incredible force in the West Coast Conference. I am absolutely thrilled that she has chosen USF.”

I spoke with Rialto coach Michael Anderson on Friday night and he said that there were several schools recruiting her hard in the final weeks.

Williams averaged 23.6 points and 18.3 rebounds for the Knights.

Great performance by Rialto in beating Cajon, 27-25 on a Javone Morgan touchdown pass to Tyler Telphy with 25.7 seconds to play.

By Pete Marshall Staff Writer
RIALTO — Rialto football teams in recent years would have succumbed to Cajon after an 81-yard touchdown on the second play in the game.
If not then, the Knights likely would have wilted after Cajon took the lead in the second quarter or the third. And if they hadn’t been done in by that point, surely Cajon’s go-ahead touchdown with 5:15 to play would have done in the Knights.
But this is a different Rialto team.
Rialto kept responding and sophomore Javone Morgan lofted a 12-yard touchdown pass to Tyler Telphy on fourth down with 25.7 seconds to play as the Knights stunned Cajon 27-25 in a San Andreas League showdown at Rialto High.
Area fans will have to take notice of the Knights (6-1, 4-0) after pinning the first loss of the season on the Cowboys (6-1, 3-1).
“This is a big win for us,” Rialto coach Gavin Pachot said. “But we’ve still got San Gorgonio and Carter coming up.”
After Cajon took a 25-20 lead on Kendrick Gaines’ 43-yard touchdown pass from Edwin Martinez with 5:15 to play, Morgan directed the game-winning drive.
He also threw to Telphy for the go-ahead score.
“Our quarterback made that play. It was supposed to go to the other side and he brought it back to the other side,” Pachot said. “That’s a sophomore who’s growing up right before us.”
It was the only catch of the game for Telphy, but not the only big play. Telphy led the Knights with 13 carries for 150 yards and two rushing touchdowns.
“He’s a home-run threat,” Pachot said. “And we made a commitment to get him the ball more.”
Coaches frequently talk about the importance of special teams, but seldom is special teams a difference-maker like it was on Friday.
Rialto kicker Jonathan Pena made field goals of 31 and 38 yards (the latter on the final play of the first half), but he also put every kickoff into the end zone for a touchback.
“I know those guys, No. 7 (Jordan Howard) and No. 24 (Damontae Kazee) want to get their hands on the ball,” Pachot said of Cajon’s kick returners. “So those kickoffs were big.”
Cajon’s special teams were not as good.
Kazee had a huge game offensively for Cajon, with 109 yards receiving and a touchdown and 88 yards rushing and a touchdown, but he’s also the team’s long snapper.
He had two errant long snaps, the first on Cajon’s first extra point (immediately after his 81-yard touchdown run) and the Cowboys failed on the conversion.
The second went over punter Leo Sanchez’s head and a subsequent scramble and errant punt gave Rialto the ball on the Cajon 11.
On the next play, Telphy scored his first touchdown to give Rialto a 10-6 lead in the first quarter.
Cajon answered with another touchdown in the second, a Deontrae Kazee 2-yard run, and Cajon coach Kim Battin elected to go for two in the second quarter and failed, leaving Cajon ahead, 12-10.
“We started chasing points early and probably shouldn’t have done that,” Battin said.
Rialto’s first two-minute drill came at the end of the first half, as the Knights drove down, with Morgan’s 18-yard scramble setting up Pena’s 38-yard field goal that gave Rialto a 13-12 lead at the half.
Damontae Kazee turned a short pass into a 65-yard touchdown after sidestepping one defender and jumping over another to give Cajon a 19-13 lead with 1:58 to play in the third.
But on the very next play, Telphy answered with a 69-yard run and Rialto regained the lead 20-19.
Rialto’s next two drives ended with Morgan interceptions, including one by Damontae Kazee. The second interception (by Michael Sandoval) led to Gaines turning a short pass and racing up the middle for a 43-yard touchdown and a 25-20 lead with 5:15 to play. The two-point conversion failed, leaving the door open for Rialto.
Martinez completed 20 of 32 passes for 257 yards and no interceptions for Cajon.
“That was a great football game between two good football teams,” Battin said. “Those are two teams that showed a lot of heart. But they’ve still got some tough games left. I’ve said all along I didn’t think the league champion would go undefeated.”
pete.marshall@inlandnewspapers.com
909-483-9364

Gavin Pachot didn’t get the Rialto job under ideal circumstances last year, as he was named the interim coach of the Knights last June after Don Markham resigned under allegations of player misconduct. But after a 5-5 record and a full offseason, things at Rialto not only are normal, but feeling pretty good.

“Spirits are pretty high,” Pachot said. “Having an entire offseason to work with these kids makes a huge difference. I’ve had them since January and we’ve gotten a lot of good work done. We made some strides last year but we have a way to go.”

The biggest thing the Knights are working toward in a quest for their first playoff berth since 2001 is closing the deal at home. While the Knights made tremendous strides in going from three wins combined from 2007-2009 to five last year, Pachot believes that squandering their home-field advantage was a big reason why their playoff drought continues.

“For whatever reason we didn’t play well in front of our home fans,” Pachot said. “I’m not sure if we were nervous or trying to hard, but we went 1-4 on our own field. That’s something we need to fix because it’s important to take advantage of being at home.”
END_OF_DOCUMENT_TOKEN_TO_BE_REPLACED