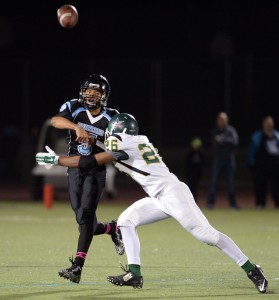 Quarterback Nate Meadors spoke after San Gorgonio’s CIF-SS Inland Division Playoff victory about his first official visit to Boise State and how he will fit in well with the program.

Meadors had 13 carries for 261 yards and four rushing touchdowns against Cajon High. He also went 6 of 14 passing for 122 yards and two passing touchdowns.