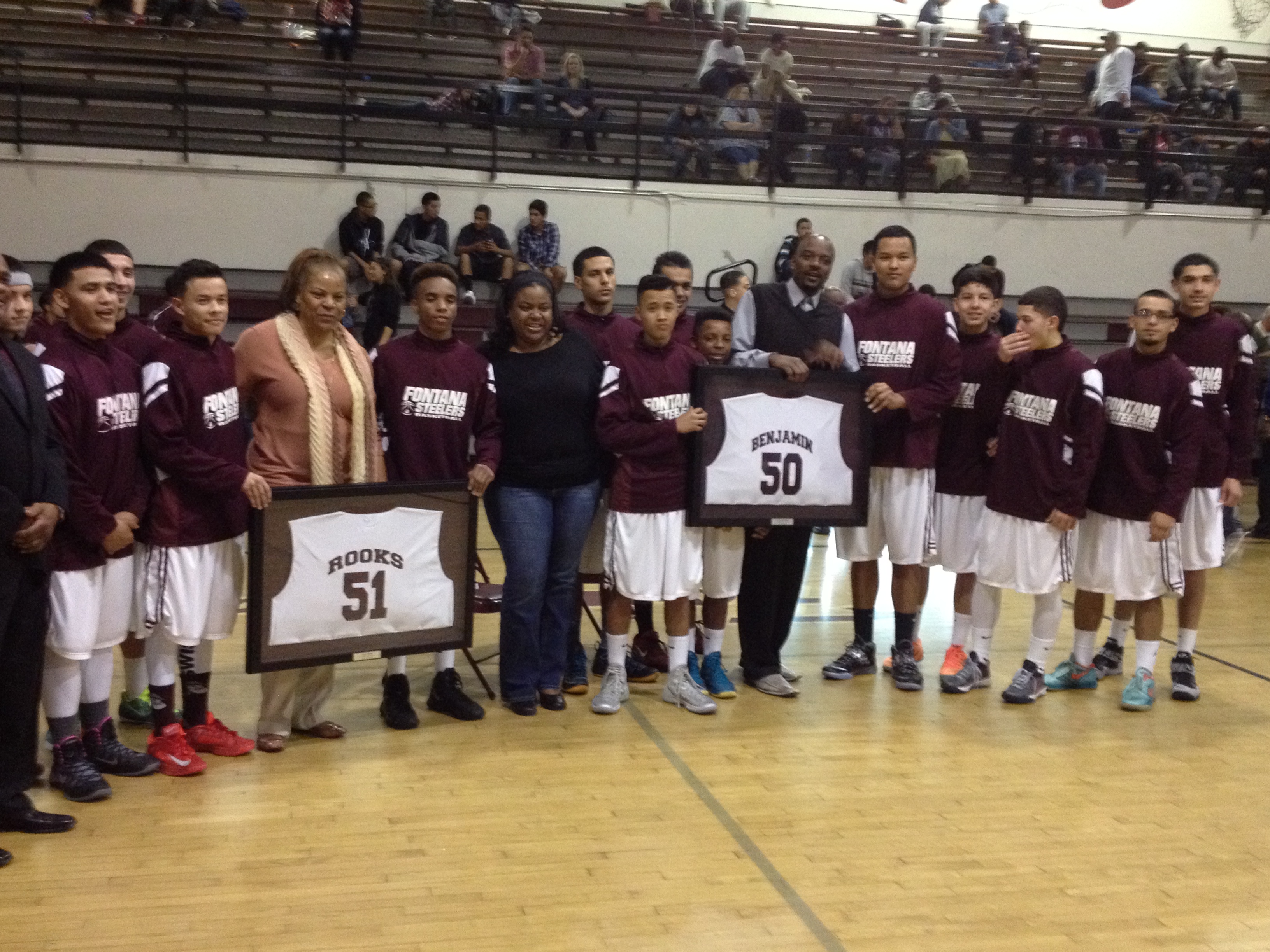 Below are the latest CIF-SS boys soccer rankings. Take a look and see if you notice a paritcular San Bernardino County team missing from the rankings. I’ll post who I think has been overlooked below the rankings. 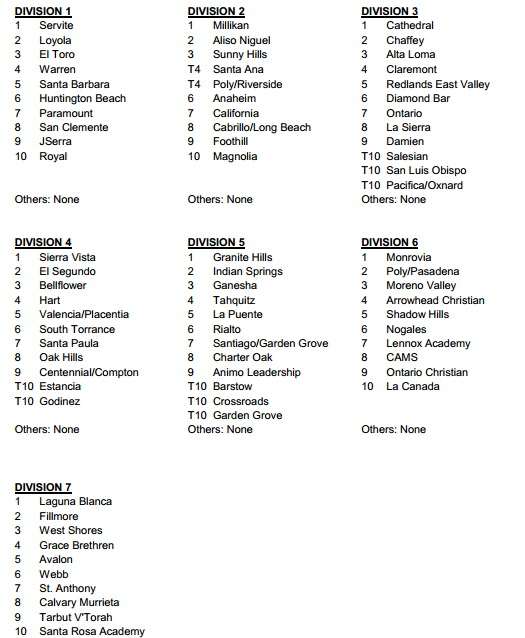 How about Fontana in Division 2? Fontana just suffered its first loss of the season, to Bloomington, but is 14-1-1 this season. One of Fontana’s wins was a 2-0 win vs. Riverside Poly, which is tied for No. 4 in the division. According to maxpreps.com’s state power rankings, Fontana is No. 13 in the state. Among all schools. In all Divisions. I’m just saying.

It was a tough game for Fontana players. Many of them had been fired up for Friday’s game ever since former coach Nick Matheny left his alma mater to coach at Sunkist League and city rival Summit.

In a season they had already been eliminated from playoff contention, this would’ve made their season. It had all the buildup and Summit provided an early knockout punch.

But as far as I could tell, Fontana was all class. Several players came up to Matheny afterward to congratulate him. He hugged a few Fontana players and staff members. In the video above, he appreciated their class. I did not see an abundance of penalties. I had Fontana wwith four penalties, totaling 46 yards. (I had Summit with 9 for 65). There was at least one set of offsetting unsportsmanlike conduct penalties, but other than that it was class. That’s a testament to the Fontana kids, and probably coach David Crump.

Summit, actually was the one that got a trash-talking 15-yard penalty before the opening kickoff, but not Fontana. That’s not a criticism of Summit, but rather praise for Fontana for not retaliating.

The above video has Summit coach Nick Matheny talking about how tough it was to play Fontana and the Steelers’ class.

On the surface it would seem to be an easy question I asked of Fontana High girls volleyball coach Leah Gomez today.
Fontana is currently ranked No. 2 in CIF-SS Division 4A, so the Steelers as of now would be a favorite to reach CIF-SS Finals, a feat Fontana has not come close to accomplishing in the last decade.
So, when I asked Gomez if this is the best team she’s had in the decade she’s coached at the school, you would think the answer would be a resounding yes.’
But, upon further inspection, Gomez cautioned me, it is not so easy.
Remember, until 2012, Fontana was in the Citrus Belt League, which was dominated by the likes of Redlands East Valley, Redlands and Yucaipa.
But Fontana actually finished in the top half of the CBL in both 2009 and 2010, qualifying for the playoffs. With all due respect to the Sunkist League, it is not the CBL. The CBL for years was either in Division 2AA or 1A. It’s entirely possible one of those CBL Fontana teams was better than the current.
It may not be the only way to gauge team strength, but maxpreps.com gives state rankings, involving all schools, regardless of division. Fontana in 2009 was 272, 2010 was 237. What is this year’s ranking? 315.
This may be the Fontana team in the last decade that has the best chance to win a CIF-SS title, but doesn’t necessarily mean it’s better than previous Steeler teams.

Last season, Walker, a 6–foot-2 guard, averaged 5.0 points and 15.4 minutes per game for New Mexico, the Mountain West Conference champions. Walker graduated from New Mexico in May and will pursue a graduate degree from Grand Canyon.

Here is what we have in terms of San Bernardino County scores from Tuesday’s baseball and softball wild-card games: