Jennifer Sandoval liked the sport first, then realized it could be the means to an end.
Sandoval, the standout cross country and track and field runner, signed Friday with San Jose State.
“I felt like it was the right fit for me because … I got along well with the team,” she said. “I saw how their atmosphere was and their work ethic, and I really liked that.”
Sandoval was the Daily Bulletin runner of the year and a first-team runner for The Sun last cross country season when she finished fourth overall in Division II at the CIF State Championships at Woodward Park in Fresno. She completed the course with a time of 17 minutes, 32.8 seconds.
Sandoval said she had several scholarship offers, but wanted a full scholarship, which many of them were not willing to give. In the end, it was between San Jose State and Azusa Pacific.
“I know I’m going to need to get faster, I want to run three miles in the 16s,” she said. “So I’ll be OK when I run the longer distances in college.”
Not only does she expect to run cross country for the Spartans, she said she said in track she could run the 5,000 meter, 10,000 meter and/or 3,000 meter steeplechase.

Fox Sports West’s Prep Zone broadcasts several CIF Southern Section football games every week on the internet, as well as one on TV on Prime Ticket or Fox Sports West.
No San Bernardino County teams are scheduled to be on a broadcast the next two weeks, but on Oct. 2, two such games are on the schedule.
One game is Serrano at Norco. The other game is Summit at Riverside Norte Vista. The problem is, Summit-Norte Vista is scheduled for Thursday that week because Riverside La Sierra, which also uses Norte Vista’s field, is at home on Friday.
Matheny said Summit had been contacted about moving the game to Friday, but he said that Oct. 2 is La Sierra’s homecoming and as of Sept. 16, that change had not been made. However, Fox Sports West lists the game on its web site for Friday.

How efficient is too efficient?
Summit coach Nick Matheny doesn’t know and he doesn’t want to find out.
Summit’s offense was incredibly efficient in last week’s 49-28 win over Miller.
“We only ran 24 offensive plays,” Matheny said. “I don’t know if we’re prepared for this week.”
Summit hosts Alta Loma at Miller High on Friday.
While Miller was grinding out the clock on the ground, Summit was scoring quickly. Matheny said the SkyHawks scored touchdowns on all three of their first-half possessions and led 21-0 at halftime.
In the second half, Miller racked up more yards on the ground. Matheny said a big reason was that he rested several defensive players, and that led to Miller’s 28-point second half.
“It’s more of a health thing and we have guys at new positions,” Matheny said. “We have to improve, but last week, defense took two plays off then was back on the field.”
By contrast, Miller ran 61 offensive plays, 56 on the ground.

The SkyHawks need to weather the storm on the defensive line for the moment.
Three defensive linemen are out or won’t be at 100 percent. Defensive end Robert Villagomez is out with a knee strain and probably will miss this week, as well. Defensive tackle Ramon Licea has been out with a concussion and is now getting cleared to come back, but won’t be available this week. And defensive tackle/nose guard Raul Diaz has an ankle injury that leaves him questionable.
If all goes well, they should be healthy in a couple of weeks, and then they’ll get even more help.
Senior defensive tackle Juan Luna, who broke his arm last year in Week 5 against Temecula Great Oak, wasn’t expected to play this year. But Matheny said Luna returned to the team after convincing his parents to let him play.
Luna has not had the required 10 days of practice first, so he likely wouldn’t play until Week 5 against Riverside Norte Vista, at the earliest. 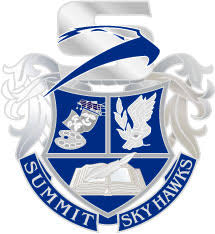 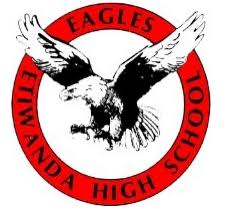 Stephen Carr won’t graduate until 2017, but seemed very ready to make his commitment.

Although Grand Terrace has a few players other than UC RIverside-bound Skyler Lewis, they not only didn’t they have outside shooters, but they weren’t scorers on Tuesday night.  Summit on the other hand, is much more athletic, and much deeper. Summit has now won 18 league games in a row.

Shown a little in the highlights is the job Kaiser did on the board, especially offensively.