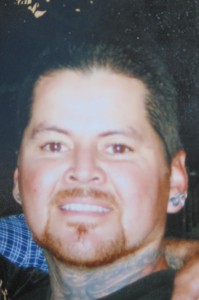 SOUTH WHITTIER – A 48-year-old South Whittier man died after being shot in his own front yard late Friday, two months after his father was lured away from the same home and executed, authorities and family members said.
Coroner’s officials had not officially identified the victim of the 9:35 p.m. shooting in the 12000 block of Bona Vista Lane, in an unincorporated county area south of Whittier, however cousin Georgi Ortega identified him as Joseph “Joey” Telles.
His father, 71-year-old Joseph Telles, was found shot to death  Aug. 24 in his SUV, about a quarter-mile away in the 13900 block of Placid Drive, according to Los Angeles County sheriff’s and coroner’s officials.
Ortega said the family, now devastated by the slayings of the father and son,  had no idea why the two men may have been targeted.
“We don’t know who could possibly have a vendetta against this family that they would do this,” she said.  In the meantime, she added that she is worried for the family’s safety.
Few details were available Saturday regarding the circumstances of the shooting that left Joey Telles dead. 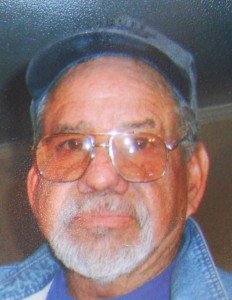 “Detectives have learned that the victim was standing in the front yard of the location when unknown suspect(s) shot the victim multiple times in the torso,”  officials from the Sheriff‘s Headquarters Bureau said in a written statement.
“The victim was found with a handgun which was recovered at the scene of the shooting,” the statement said.
No further information was released Saturday morning.
“He died right there,” Ortega said, gesturing toward the driveway in front of the home as her eyes welled with tears.
Joseph Telles Sr. was found shot to death shortly after noon Aug. 24, sitting in his SUV alongside the 13900 block of Placid Drive, Lt. Holly Francisco of the Sheriff’s Homicide Bureau said at the time.
An autopsy determined that he died from gunshot wounds to the head, and investigators ruled the death a homicide, coroner’s Lt. Larry Dietz said.
He had been trying to sell an SUV when a man arrived at his home to inquire about it, Ortega said.
Shortly after the 71-year-old man drove away with the potential buyer, his body was discovered.
“They drove around the block and they killed him,” Ortega said.
Nothing was believed to have been stolen from him and the motive was unclear, Francisco said.
Ortega described her cousin and uncle as “two wonderful men.”
Joseph Telles Sr. is survived by his wife, five children and grandchildren, she said. Joey left behind a wife and four children, and was proud to have become a grandfather in recent months.
The father worked as a truck driver before retiring, Ortega said. “My uncle was a very good father.”
His son worked in construction.
“He was a lovable guy. He always greeted you with a kiss and a hug,” Ortega said.
“They shared a common interest in mechanics, motorcycles,” she added.
Anyone with information on either case is asked to contact the Sheriff’s Homicide Bureau at 323-890-5500. Tips can also be submitted anonymously via L.A. Crime Stoppers at 800-222-8477.