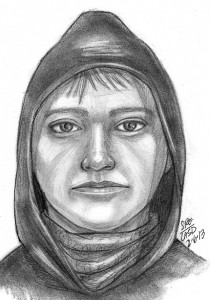 WEST COVINA — Investigators Friday released composite sketches of two of three suspects sought for fatally shooting a tourist from Hong Kong during a robbery in a parking lot last week.
Sheron Khemlani, 28, died at a hospital shortly after the attack, which took place about 2:30 p.m. Feb. 1 in a parking lot surrounded by restaurants at 147 N. Barranca Avenue, just north of the San Bernardino (10) Freeway, according to West Covina police Cpl. Rudy Lopez.
He had just eaten lunch with his brother when both men were attacked by two other men, police said.
Khemlani died from a gunshot wound to the head, and the case was ruled a homicide, Los Angeles County Department of Coroner Assistant Chief of Operations Ed Winter said.
“Property stolen was a bag containing an undisclosed amount of cash, identification and other personal items,” according to the corporal.
Khemlani’s brother was treated for non-life-threatening injuries suffered in the assault, officials said. 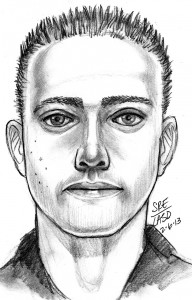 Further information regarding the motive, or whether Khemlani was specifically targeted in the robbery and shooting were not available.
Police asked anyone who is in the area at the time of the crime to think back and try to remember anything piece of information that might be useful to investigators.
Only vague suspect descriptions were initially available, however detectives continuing the investigation described the suspects Friday as three men between 18 and 22 years old, with light complexions and of thin builds.
Two of the men took part in the robbery and killing, while the third acted as a getaway driver, police said.
Police worked with a Los Angeles County sheriff’s sketch artist to create composite sketches of two of the men.
There was not enough information available to produce a sketch of the third suspect, Lopez said.
The driver was described as having short, black, spiked hair and appeared to have acne or pock marks on his face, officials said.

Neither of the robbers pictured in the sketches had facial hair, police added. The two who confronted Khemlani and his brother both wore hoods.
Anyone with information was asked to contact West Covina police at 626-939-8557. Tips may also be submitted anonymously via the department’s recorded tip hotline at 626-939-8688.