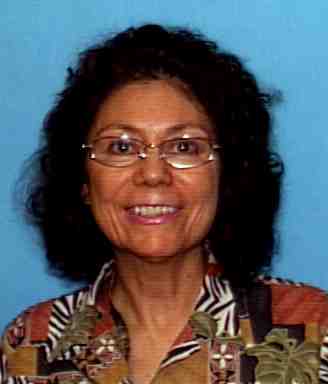 Detectives continue seeking the public’s help in the mysterious slaying of a retired school teacher found dead inside her Temple City home on Easter Sunday.
Carmen Garcia, 65, was discovered Sunday morning by her daughter, who had become worried about her after being unable to reach her for several days, Los Angeles County sheriff’s officials said in a written statement.
Though initially believed to have been shot to death, an autopsy performed on the body of Carmen Garcia, 65, determined that was not the case, Sgt. Ken Clark of the Los Angeles County Sheriff’s Homicide Bureau said.
“She was actually not shot,” he said. But due to the ongoing investigation, he declined to say how she did die, adding that that fact may be known only to the killer. “I can’t tell you the manner of death, but she was not shot.”
Coroner’s officials declined to discuss the case due to a security hold placed on it by sheriff’s homicide detectives, Los Angeles County Department of Coroner Assistant Chief of Operations Ed Winter said.
There was no obvious motive for someone to kill the “very well-liked” woman, Clark said.
“I’ve been working homicides for more than 15 years. This case troubles me. It really does,” he said.
Detectives Thursday continued pouring over evidence collected from the crime scene and searching for those who could provide a useful piece of information, Clark said.
“We are definitely going to need the public’s help,” the sergeant said. “We’re looking for anyone in the community that saw something unusual, however so slight.”
Though Garcia’s body was discovered shortly before 9 a.m. Sunday, Clark said it has likely been there for at least one day. Coroner’s investigators were working to determine a more specific time of death.
There were no signs of forced entry to the home in the normally quiet neighborhood, Clark said.
“It’s unknown if items were missing,” he said. “We believe they were.”
“It appears to me that the person responsible may have spend some time in the house,” Clark added.
Garcia, a longtime Temple City resident, retired at the end of the 2011 school year from Independence and Century high schools in Alhambra, where she worked with at-risk students. The campuses were devastated by news of her killing, school officials said.
She was looking forward to spending her retirement with her husband of more than four decades, Arturo, friends said. But he died late last year.
“She was known in the neighborhood,” Clark said. “She’d take daily walks. She was upbeat.”
Anyone with information was asked to contact Sgt. Clark or Detective John Fredendall of the Sheriff’s Homicide Bureau at 323-890-5500.