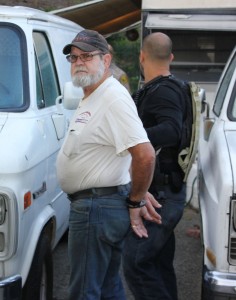 Deputies Thursday announced the arrest of a San Dimas man who fled Canada in 1980 pending his re-trial for the alleged rape of disabled child in 1974.
Raymond Douglas MacLeod, 71, was being held on immigration violation and weapons charges as he awaited deportation back to Canada to face charges there, Los Angeles County sheriff’s officials said in a written statement.
The fugitive, who officials said had been using a dead person’s social security number, was arrested Monday at his home at the East Shore Recreational Vehicle Park, 1440 Camper View Road in San Dimas, near Frank G. Bonelli Regional Park, authorities said. The mobile home park is home to many children.
He had allegedly been hiding from the Royal Canadian Mounted Police for more than 33 years.
“They’e eager to get him back in Canada,” Deputy Johnny Jones said, adding that the victim in the 1974 rape case had been informed of his recapture.
Deputy Dan Whitten, who identified MacLeod as a Canadian fugitive, said two rifles and 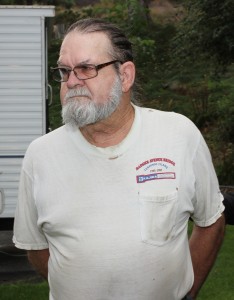 several high-capacity magazines, including a 100-round drum, from an AK-47 rifle that was not found were seized from MacLeod’s mobile home when he was arrested without a struggle. McLeod is a convicted felon due to drunken driving and hit-and-run case stemming from the 1980s and is barred from possessing weapons.
He has been arrested several times in the United States over the past three decades, but not linked by law enforcement to the Canadian case.
Though MacLeod was expected to be charged with weapons violations in Los Angeles County, local officials planned to let the Canadian case be handled first.
“We’re going to go ahead and let (U.S. Immigration and Customs Enforcement) deport him,” Whitten said. Weapons charged will likely be filed later, generating an arrest warrant should MacLeod ever return to the United States.
MacLeod’s then-5-year-old victim is now married with a family and expressed relief that MacLeod was in custody, Whitten said.
“In 1974, Mr. MacLeod was arrested in Canada by the Royal Canadian Mounted Police for the rape of a 5 year-old who suffered with cerebral palsy,” officials from the Sheriff’s Parks Bureau said in a written statement.
As he was free on bail pending his trial in Canada, he twice attempted to flee Canada to the U.S. but was stopped, officials said. 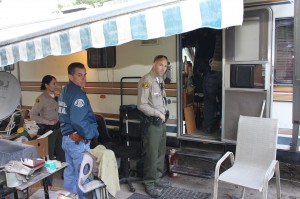 “He was tried, and in four days was acquitted due to an error made by the judge,” the statement said. An appeals court ordered a new trial in January of 1980, however MacLeod was not present in court during the appeals process.
“MacLeod was ultimately found to have fled Canada, and a warrant was issued for his arrest by the RCMP,” according to the sheriff’s statement.
The case went cold for more than three decades until January, when Deputy Dan Whitten of the Sheriff’s Parks Bureau became aware of MacLeod’s possible connection to the Canadian case.
After running McLeod’s information in January, Whitten said he noticed a “very vague” entry listed in connection with his name in a national crime database. After three or four hours of research and a call to Canadian investigators, Whitten confirmed MacLeod was the fugitive rape suspect.
Canadian authorities immediately began the lengthy process of extraditing MacLeod back to Canada.
But the deputy said he discovered that MacLeod was using a fraudulent social security number and was living in the U.S. illegally, speeding up MacLeod’s return to a Canadian courthouse.
“Due to the seriousness of the crime he was accused of, Deputy Whitten contacted ICE and the United States Marshals Office,” according to the sheriff’s statement. “Following a 10-month investigation, ICE confirmed Mr. MacLeod’s Canadian Citizenship, which led to his arrest and detention pending deportation.”
Investigators were cautious not to tip MacLeod off to his pending arrest as they continued their investigation. “I was very careful to watch my footsteps,” Whitten said.
MacLeod was believed to have been living the mobile home park for at least eight years.
It was unclear how long the deportation process would take.