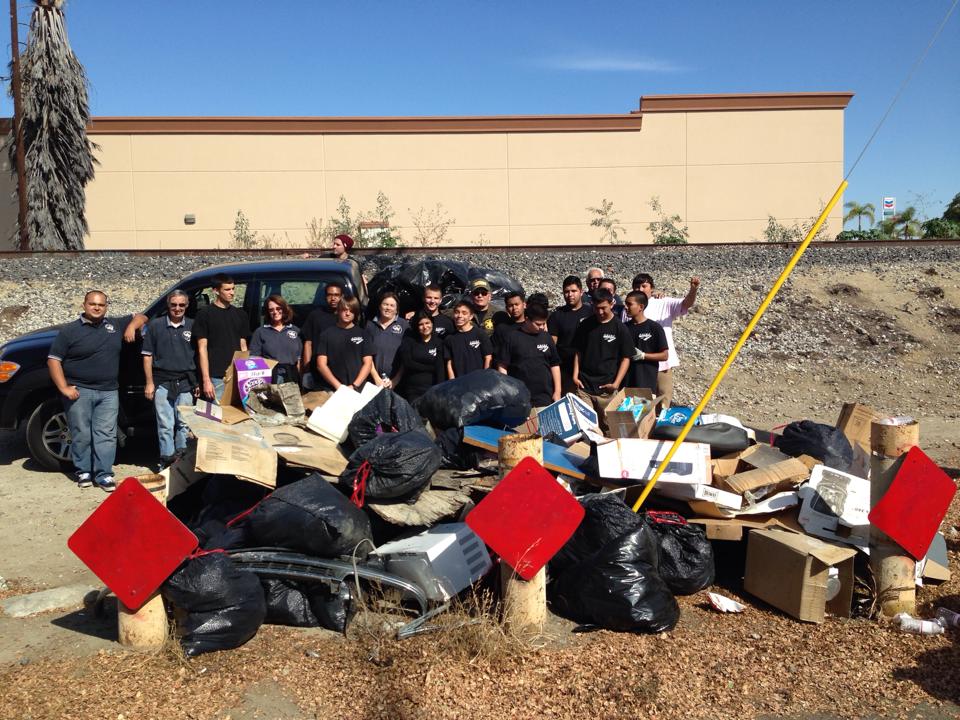 NORWALK — More than a dozen young members of a sheriff’s program for at-risk youths took it upon themselves to clean up a blighted section of train tracks Saturday, officials said.
The volunteers from the Personal Responsibility in Development and Ethics (PRIDE) Youth Intervention Program of the Los Angeles County Sheriff’s Norwalk Station, Sgt. Brian Doyle said.
The targeted area runs adjacent to a set of railroad tracks between the San Gabriel riverbed and Hoxie Avenue.
“There was so much trash that I wasn’t sure we were going to be able to complete the task, but the students really stepped up and got the job done” Doyle said. “I was impressed by all the students, by their hard work and willingness to give back.”
And the community seemed to appreciate the effort, he added.
“We received so much praise from the shoppers at (a nearby) Target who saw what we were doing. The staff at Target also came out and provided us with water, snacks, rakes and trash bags. It was truly a good day,” he said. “We cleaned up that entire area, so now the community won’t have to look at the mess.”
The PRIDE Youth Intervention Program is a 12-week program for at-risk young people between 12 and 17 years old.
The program consists of two components: one focusing on a “scared straight” philosophy highlighting the consequences of their choices, followed a second component focusing on “positive alternatives,” Doyle explained.