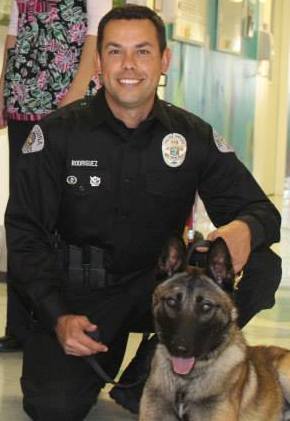 Thanks to donations from the community, the West Covina Police Department has added a new four-legged officer to its roster, officials announced Saturday.
Reiko, am 18-month-old Belgian Malinois raised in Slovakia, along with his human partner Officer Bryan Rodriguez, graduated from a basic K-9 training course Dec. 20, according to West Covina police Cpl. Rudy Lopez.
Reiko joins two other police dogs already on duty with the department. West Covina police are now able to field a police dog every day.
“The third police dog position represents seven-day-per-week coverage and a significant enhancement to the safety of the community an our police officers,” Lopez said in a written statement.
Reiko was purchased and trained entirely through community donations, officials added.
Police work is Reiko’s second career, Lopez explained.
“Reiko was initially selected by a United States Military Special Forces group because of his high drive, intelligence and superior abilities,” Lopez said. “However, it turns out that Reiko did not much care for jumping out of high-flying aircraft.” 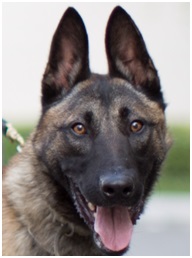 While currently trained for routine patrol duties, officials plan to have Reiko certified to detect explosives as well, Lopez added, “an effort that will greatly enhance the safety and security of our schools, malls and places of worship.”
The WCPD’s K-9 unit began in 1983 and won national recognition for outstanding performance in 2012 and 2013.
Donations to support the K-9 unit are accepted on an ongoing basis. For more information, Lt. Pat Benschop can be reached at 626-939-8684.