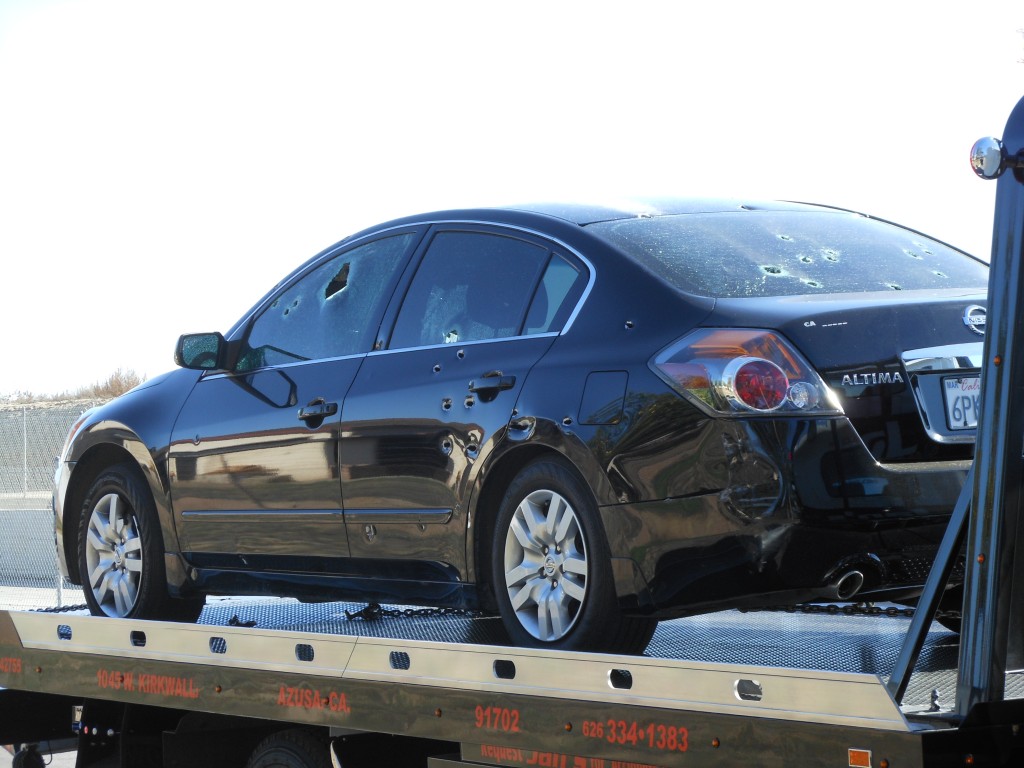 Deputies shot and wounded two men, one of whom was allegedly armed, following a brief car chase early Sunday in a neighborhood near Duarte, authorities said.
Both suspects, described as a 24-year-old man and a 36-year-old man, were expected to survive the injuries suffered in the 1:20 a.m. shooting at El Toro Road and Van Meter Street, in an unincorporated county area just outside of Duarte, Los Angeles County sheriff’s officials said.
The incident began when sheriff’s gang detectives, who have increased their presence in the area in recent weeks in response to a spate of shootings spotted a man with a gun at Ivory Drive and Galen Street at the south end of Duarte, sheriff’s officials said in a written statement. 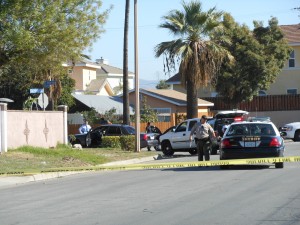 The man got into a nearby car, which drove away, officials said. The detectives began chasing the car.
“The pursuit, which lasted for approximately 30 seconds, ended when the vehicle collided with a curb at the 2400 block of El Toro Road (in an unincorporated county area),” according to Lt. Dave Dolson of the Sheriff’s Homicide Bureau.
“One of two Suspects Brandished a firearm, which resulted in a deputy-involved shooting,” Dolson said.
No deputies were hurt, said. “A weapon believed to be the suspect’s was recovered at the scene.”
Further details, including the identities of the suspects, the number of deputies involved in the shooting or the number of shots fired were not released Sunday. 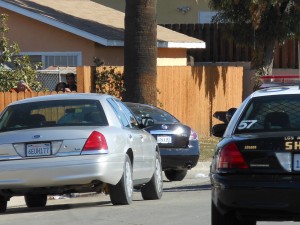 A black Nissan Altima at the scene was riddled with more than two-dozen bullet holes. A dozen bullet holes were visible in the car’s rear windshield, and more than a dozen more dotted the driver-side of the car, with at least four through the driver-side window.
Neighbor Roger Villarreal, 29, said he was awakened by gunfire. He and other neighbors described hearing “more than 25” shots.
He said he dropped to the floor and pulled his fiancee to the floor as well as the shots continued ringing out.
“I heard commands after the gunfire,” he said. Deputies shouted at the men inside the car to exit the vehicle and show their hands.
One deputy yelled, “Where’s the (expletive) gun?” Villarreal said.
The driver crawled out of the car before being dragged and handcuffed by deputies, he said. He did not see whether the second man exited the car following the shooting.
Villarreal and his brother, Robert Villareal, 31, both said they saw deputies remove what appeared to be an automatic machine pistol, resembling a MAC-10, from the suspects’ car.
Rovert Villarreal added he was thankful no innocent bystanders were injured with so many bullets flying in the residential neighborhood.
The investigation was being spearheaded by detectives from the Sheriff’s Homicide Bureau, and anyone with information can reach the bureau at 323-890-5500. 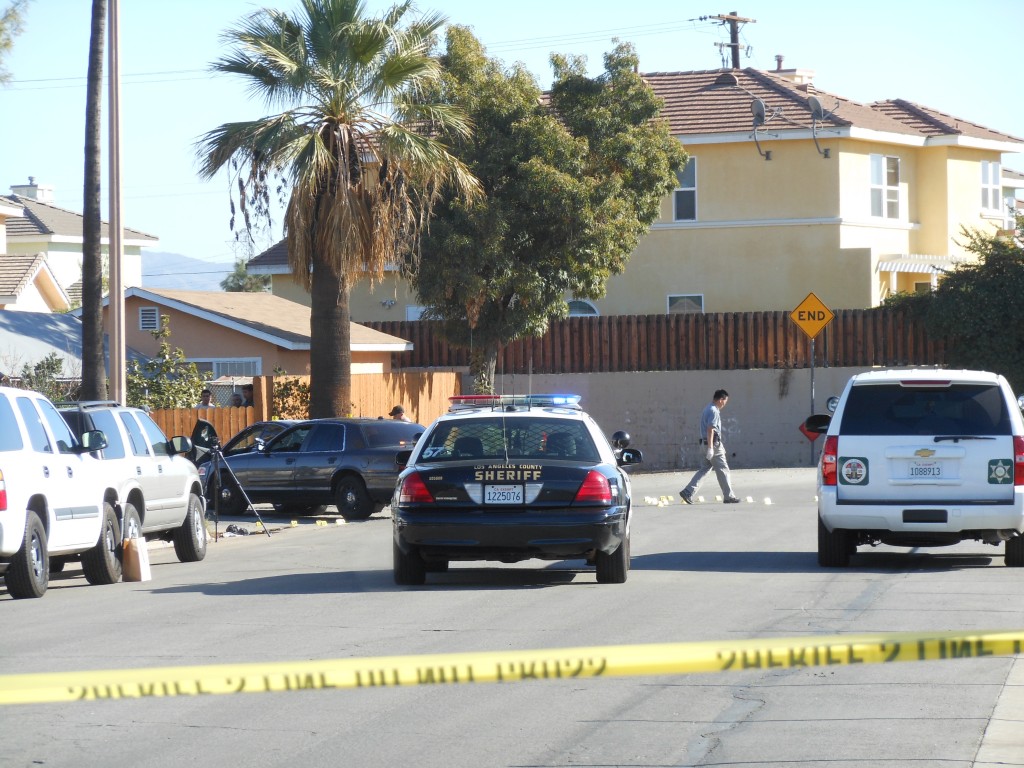