A missing man and woman who were found dead Saturday in their La Habra home have been identified, officials said.
Alaina A’Lurede, 31, and her husband, Kevin A’Lurede, 35, were discovered by officers around 1:40 p.m. in two separate rooms in the 600 block of Greenwood Avenue, La Habra police spokeswoman Cindy Knapp said. Aaina A’Lurede is believed to have died of a drug overdose, and her husband from a gunshot wounds, though their officials causes of death remained under investigation by Orange County coroner’s officials.
After receiving information from family members, officers made entry into the residence.
Officials said one body was found in the living room and the other in the bedroom and appeared to have been dead for several days.
An autopsy was carried out Wednesday yielded some answers, however the officials causes of death of Kevin and Alaina A’Lurede remains undetermined pending the results of further tests at the coroner’s office, Knapp said.
“Alaina A’Lurede’s body showed signs consistent with a drug overdose,” Knapp said. “Cause of death is most likely suicide, however, conclusive results for both subjects is pending the completion of a toxicology screen.”
“Kevin A’Lurede has sustained a gunshot wound from a small-caliber weapon. The pathologist could not rule out suicide as the cause of death,” Knapp said. “A small-caliber handgun was recovered from the bedroom of the home, near Kevin’s body,” Knapp said. “At this juncture, no suicide note has been located.”
Police were not searching for any suspects, Knapp said. The investigation was ongoing, and the coroner’s toxicology results were expected in 8 to 12 weeks.
The couple was reported missing by their families Friday after they were unable to contact them, officials said.
Officers visited their home around 9:30 p.m. that day and saw one of their cars parked in the driveway. Officers knocked on the door, but received no answer, officials said.
Police spoke with neighbors, but were unable to gather information leading to the couple’s whereabouts.
While the man and woman’s specific times of death were not available, Knapp said, “both parties had expired prior to the initial missing person’s report being made,”

An attempted break-in at the pumps of a Sierra Madre gas station did not compromise any customer information, the owner said Wednesday.
Police advised customers who had purchased has between 6 a.m. and 3 p.m. Friday at Valero, 4 N. Baldwin Ave., to pay extra attention to their bank and credit card receipts after discovering someone had tried to break into the pumps during the early-morning hours, Investigators said at the time that it was unclear if anyone’s personal information had been compromised as a result of someone tampering with the pumps.
But station owner Edgar Artenyan said no customer’s information had been jeopardized by the break-in, which was stopped short by an alarm system.
A company specialist inspected the pump and determined “everything’s safe, nothing is wrong,” he said. “Everything is clear. They couldn’t get in.”
Sierra Madre police officials confirmed the department had received no reports of identity theft related to the gas station since Friday.
The investigation into who tried to break into the pump, and why, was ongoing.

A man suffered severe injuries after colliding with two cars at a major Pasadena intersection Wednesday, authorities said.
The crash took place about 3:45 p.m. on Marengo Avenue at Washington Boulevard, Pasadena police Lt. John Dewar said.
The skateboarder, estimated to be in his 20s, was taken to a hospital in “very serious condition,” Sgt. John Luna said.
Officials had not yet determined his identity late Wednesday afternoon as remained hospitalized in an intensive care unit, Lt. John Dewar said.
Both drivers involved in the incident remained at the scene and cooperated with investigators, Dewar said. No arrests or citations were made at the scene.
Initial investigation indicated the skateboarder was heading south along Marengo Avenue down a steep hill just prior to the collision, Dewar said. “He didn’t stop for the intersection.”
The skateboarder went into the street and struck the side of two vehicles that were traveling on Washington Avenue, Dewar said.
Investigators shut down the intersection as they investigated the scene. 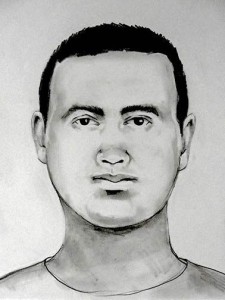 A man sought for sexually battering a woman last week in Monrovia may be the same serial groper linked to two other similar attacks on women early last month in the city, officials said.
The most recent incident took place about 8 a.m. Friday at Huntington Drive and Canyon Boulevard, according to Monrovia police officials. A 23-year-old woman escaped without injury after being approached from behind and groped by an attacker.
“A lone male suspect approached the victim from behind,” police said in a written statement.
The attacker wrapped his right arm around the victims waist while grabbing her buttocks with his left hand, police said.
“The suspect said, ‘Hey baby,’ as assaulted the victim,” according to the police statement. “When the victim screamed for help, the suspect fled north on Canyon, out of view.”
Police alerted the public last month after two similar sexually batteries involving a strikingly similar suspect description were reported elsewhere in town April 1 and 2.
“There is a possibility this is the same suspect in our prior case,” Lt. Nells Ortlund said.
He noted that composite drawings of the suspects generated from the incidents in early 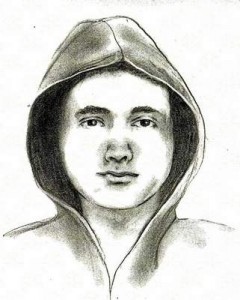 April and late May bore a strong resemblance to each other.
In all three cases, the attacker was described as Latino, between 16 and 21 years old, about 5 feet 6 inches tall and of thin build, officials said.
In the first two crimes in April, the groper rode a skateboard, police said at the time. No skateboard was reported in connection with Friday’s attack.
The victim in the April 1 incident, a woman in her 30s, was also groped and had her buttocks grabbed by a young man about 9 p.m. as she walked in the 700 block of South Fifth Ave., officials said. In the April 2 assault, which took place about 4:50 p.m. in the 800 block of West Chestnut Avenue, a woman in her 30s or 40s was grabbed in a hug before the man grabbed her breasts, commented on her breast size, kicked her in the leg and fled.
Investigators have shown photographic line-ups to victims, but have not yet been able to positively identify a suspect, Ortlund said.
The crimes appear to be opportunistic in nature, Ortlund said, occurring at all different times of day, and the women attacked have all been walking alone
The lieutenant advised women to keep a cellphone with them when walking, and report any suspicious activity to police immediately. Clues such as clear description and direction of travel could be vital in helping officers make an arrest.
Anyone with information was asked to contact Monrovia police at (626) 256-80000.

COMPOSITE suspect sketches in May sexual battery (above) and April sexual batteris (below) courtesy of the Monrovia Police Department.

A 64-year-old Santa Monica man died over the weekend following a motorcycle crash on a winding road in the Angeles National Forest north of La Canada Flintridge, officials said.
The fatal collision took place about 12:30 p.m. Saturday on Angeles Forest Highway at Upper Big Tujunga Canyon Road, California Highway Officer Monique Mischeaux said in a written statement.
Michael Gottlieb, who was wearing a helmet, was southbound on a 2012 Ducati motorcycle when the crash occurred, Mischeaux said. He was riding behind a 2003 Toyota being driven by ba 24-year-old Baldwin Park man.
“(The motorcycle) crossed into opposing traffic in an attempt to pass (the Toyota),” Mischeaux said. The Toyota simultaneously made a left turn onto Upper Big Tujunga Canyon Road, and the vehicles collided.
Gottlieb was thrown from the motorcycle, officials said.
As a result of the collision, (Gottlieb) received severe head trauma and a broken neck, and succumbed to his injuries,” Mischeaux said. He was pronounced dead by paramedics just under 45 minutes after the crash.
The crash was under investigation by officers from the Antelope Valley office of the CHP.

Police asked the public’s help Sunday in locating a missing, possibly suicidal Arcadia man.
Blair Christopher Polk, 44, was last seen about 1:15 p.m. Saturday at his home, Arcadia police officials said in a written statement.
“Mr. Polk suffers from paranoid schizophrenia and has recently made suicidal statements,” according to the statement. He was described as white, 5 feet 7 inches tall, 155 pounds, with brown hair in a pony tail and green eyes. He has a scar or mark on his chin. He was last seen wearing dark-colored shorts, a T-shirt and sneakers.
ANyone with information was asked to contact Arcadia police at 626-574-5123. Tips may also be submitted anonymously to L.A. Regional Crime Stoppers at 800-222-8477.

A gunman shot and wounded two brothers near their Pico Rivera home Saturday afternoon, authorities said.
The wounded men, ages 22 and 26, were hospitalized in stable condition following the 2:20 p.m. shooting int he 5100 block of Lindsey Avenue, Los Angeles County sheriff’s Lt. Andrew Meyer said.
The brothers were standing in driveway near their home when a gray car, possibly a Chrysler 300, approached the scene, the lieutenant said. A detailed description of the driver was not available.
The vehicle stopped in front of the home and the gunman exited, Meyer said. There was a brief exchange of words, though it was not immediately clear what was said.
“The suspect produced a handgun and fired five to six rounds, striking both victims,” Meyer said. The 22-year-old man was struck once in the torso, while his older brother was struck several times in the mid-section.
A motive in the shooting was not clear, Meyer said. 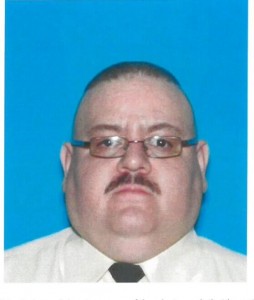 ***UPDATE: California Highway Patrol officials deactivated the Amber Alert early Saturday morning after both children were found safe in Riverside County. Further details of the exactly where and how the girls were found were not immediately available. Los Angeles County booking records indicated Adame was arrested at 1:38 a.m. He was being held in lieu of $100,000 bail at the Pomona Police Department’s jail and was scheduled to appear for an arraignment Wednesday in Pomona Superior Court.
POMONA — Officials issued an Amber Alert late Friday after a man abducted his two young daughters at gunpoint, officials said.
Pete Valencia Adame, 43, kidnapped his ex-girlfriend along with their two daughters, ages 2 and 4, about 7 p.m. in Pomona, California Highway Patrol officials said in a written statement.
“Adame assaulted the former girlfriend before releasing her at an unknown location,” according to the statement. “Adame then fled with the two daughters.”
The potentially armed and dangerous suspect was believed to be driving a gray 2014 Jeep Patriot with California license plate No. 7CJF267, officials said. He was described as Latino, 5 feet 11 inches tall, 180 pounds, with black hair and brown eyes. He was last seen wearing a white undershirt and light blue pants with a stripe. 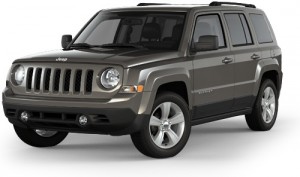 SIERRA MADRE — Police warned those who filled up at a Sierra Madre gas station Friday to watch their bank accounts for suspicious financial activity after discovering someone had tampered with the gas pumps.
Investigators Friday learned of a break-in during the early-morning hours at the gas pumps at Valero, 4 B. Baldwin Avenue, Sierra Madre police officials said in a written statement.
The gas pumps “may have been compromised,” the statement said.
Anyone who purchased gas at the station using a credit or debit card at a pump between 6 a.m. and 3 p.m. Friday were urged to closely monitor their financial accounts for unusual activity, and report anything suspicious to police as soon as possible.