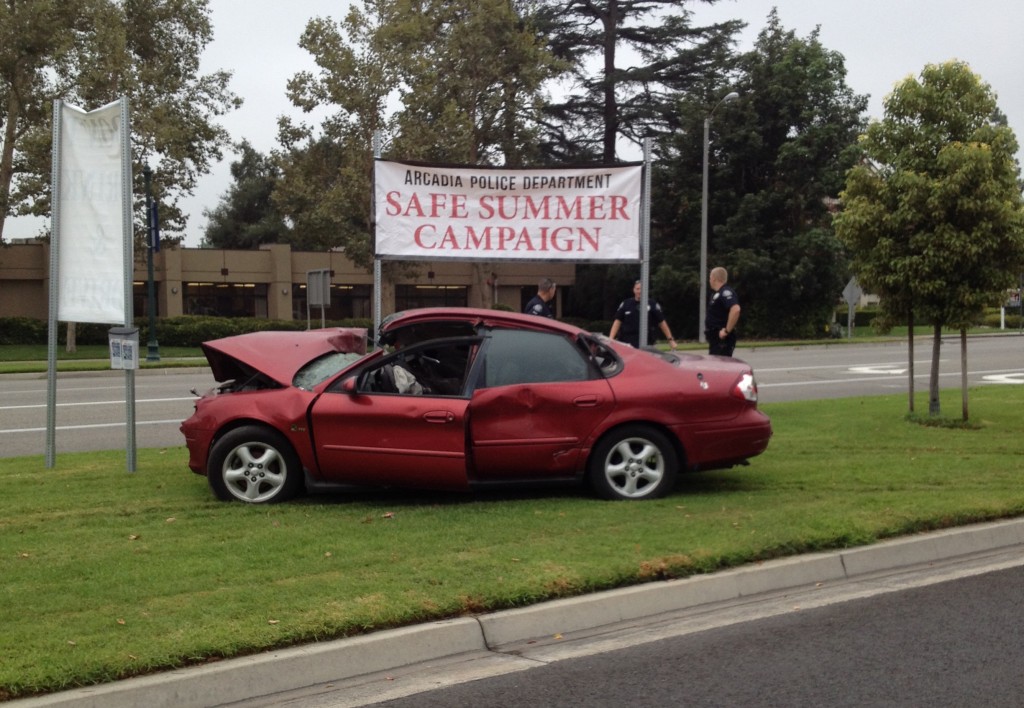 ARCADIA >> Police have placed a somber reminder to drive sober along the city’s main thoroughfare.
In partnership with Jan’s Towing, the Arcadia Police Department is displaying a mangled car that was involved in a fatal DUI-related crash along Huntington Drive, police officials said in a written statement. The goal of the educational project, dubbed the Safe Summer Campaign, is to remind motorists of the dangers and tragic, sometimes deadly consequences of intoxicated driving.
The wrecked vehicle was placed, along with banners encouraging sober driving, was placed on the center median of Huntington Drive just west of Gate 3 Thursday, and will remain in place for weekends through Aug. 18, police said.
“The hope is to grab the attention of passers-by, to make a lasting impression and to cause them to think twice before driving while impaired,” according to the police statement.
Two banners accompany the wreckage. One reads, “Don’t drink and drive,” while the other reads, “Arcadia Police Department Safe Summer Campaign.”
A box of brochures from Mothers Against Drunk Driving sits nearby.
Officials planned to reuse the display at Arcadia High School to educate students in the fall, officials said.
For more information, the Arcadia Police Department Traffic Bureau can be reached at 626-574-5475.