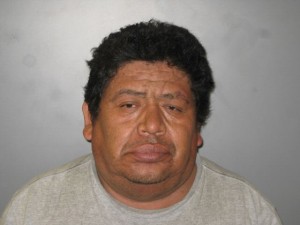 AZUSA >> Authorities charged an Azusa man with six felonies Friday for allegedly sexually assaulting a 10-year-old girl earlier this week.
Prosecutors filed five charges related to child rape and molestation and one count of dissuading a witness from reporting a crime against Victor Carnio Martinez, 48, Los Angeles County District Attorney’s Office spokeswoman Sarah Ardalani said.
He entered no plea when appeared in Pomona Superior Court, she said. His arraignment was continued to Monday.
Police arrested him Wednesday after a 10-year-old girl told her mother she had been abused by Martinez two days earlier, Azusa police Sgt. Bruce Badoni said.
The family had trusted Martinez, whom police described as a family acquaintance, to take the girl on an outing to get some food when he attacked her, Badoni said.
“Suspect Martinez and the victim were in his vehicle on Monday evening when he drove to the rear of a local shopping center,” Badoni said in a written statement. “While in the vehicle, in a secluded area, Martinez sexually abused the child while she pleaded with him to stop. “During the incident Martinez threatened to harm the child and her family if she screamed, yelled for help or told anyone about what he was doing to her.”
Martinez returned the girl home nearly an hour later, “and once again threatened to harm the child and her family if she told anyone what had happened,” Badoni said.
The girl remained silent for two days, police said. She told her mother what had happened Wednesday, and the mother contacted police.
Officials took the traumatized girl to a hospital to be examined, Badoni said. Officers arrested Martinez Wednesday night.
Police lured Martinez to a shopping center where they arrested him about 9:40 p.m., according to police and booking records.
“During the initial contact, statements were made by Martinez that confirmed his involvement in this incident,” Badoni said. “In addition, he was identified by both the 10-year-old victim and her mother.”
Prosecutors charged Martinez Friday with seven felony counts related to child molestation, Badoni said.
He was being held in lieu of $1.2 million bail.
If convicted on all counts, Martinez faces up to 37 years to life in state prison, Ardalani said.
Anyone with information is asked to contact Azusa police at 626-812-3200.