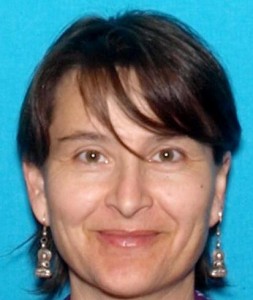 Police arrested a female Regional Occupational Program teacher Thursday on suspicion of having sex with a male Gladstone High School student, officials announced Friday afternoon.
East San Gabriel Valley ROP teacher Eddee Kovacs Kolos, 50, of Sierra Madre turned herself in to police about 4 p.m. Thursday, according to Sierra Madre police officials and Los Angeles County booking records.
(Detectives) interviewed her. At the conclusion of their interview, they determined there was enough evidence for an arrest,” Sierra Madre Police Chief Larry Giannone said.
Police booked her on suspicion of having sexual intercourse with a minor, .
The allegation came to light about noon, when a 16-year-old Gladstone High School student reported the encounter to a school officials, the chief said.
Kolos posted $20,000 bail and was released from custody Thursday night, records show. She could not be reached for comment Friday.
Representatives of the East San Gabriel Valley ROP also could not be reached for comment after hours Friday.
Giannone said the alleged misconduct occurred within recent months, but declined to provide a specific time-frame.
It was unclear what subject Kolos taught through the ROP program.
Covina police initially investigated the allegation, but turned the case over to their counterparts in Sierra Madre after determining the alleged crime took place in that city.
Giannone declined to say exactly where the alleged molestation occurred.
“The cooperation of the Azusa Unified School District, the Covina Police Department, and the quick work of Sierra Madre Police Department detectives were instrumental in bringing this case to a quick conclusion and the arrest of the suspect within four hours of school authorities being notified,” Giannone said.
Upon learning of the alleged misconduct, the district immediately notified authorities, and also contacted ROP officials to have the teacher removed from campus and placed on administrative leave pending the investigation, Azusa Unified School District Assistant Superintendent of Human Resources Corey James said in a written statement.
“Azusa Unified takes very seriously any allegation about inappropriate relations between a student and teacher, regardless of whether they are an AUSD employee.  While this teacher was not a direct employee, AUSD holds this individual and all other guests on our campus to the same high standards to which we hold our own teachers,” James said.
“Our students’ safety is our first priority,” James said. “We are cooperating with law enforcement to facilitate a speedy resolution to this issue.  On behalf of our student, AUSD will call for immediate prosecution to the full extent of the law.  In the meantime, we are providing counseling for our student.”
Kolos was scheduled to appear for arraignment in Pasadena Superior Court on April 3, officials said.