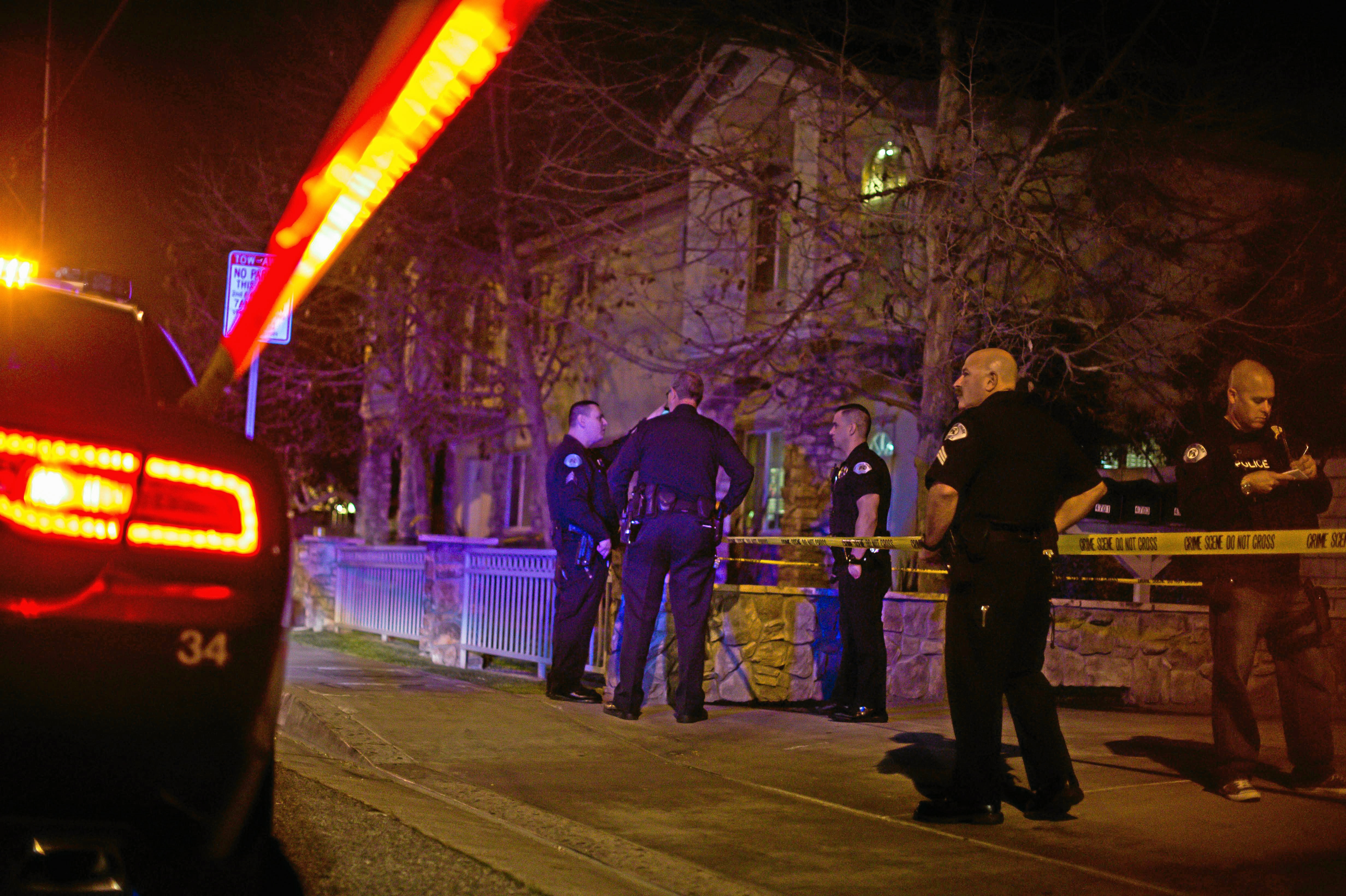 BALDWIN PARK >> A man died and a woman was hospitalized following a stabbing at a Baldwin Park townhouse Thursday afternoon , officials said.
The incident was first reported at 5:36 p.m. in the 4700 block of Maine Avenue, Los Angeles County Fire Department Dispatch Supervisor Al Jackson said.
Paramedics pronounced a 23-year-old man dead at the scene, fire Capt. Matt Boyan said. A woman, described as 18 or 19 years old, was taken to a trauma center with stab wounds described as moderate.
No outstanding suspects were being sought in what Lt. Steve Jauch of the Sheriff’s Homicide Bureau said initially appeared to be an incident of domestic violence between the man and woman.
“The male and female do have some type of dating relationship,” the lieutenant said.
The man lived at the home where the stabbing took place, while the woman was believed to live elsewhere in town, Jauch said.
The circumstances of the violence that unfolded at the townhouse remained unclear as the investigation was in its early stages, he said. There was no evidence to indicate anyone else was involved, but Jauch said it was too early to label either the dead man or the woman as a criminal suspect.
Police first responded to the scene after a neighbor discovered the wounded woman on the front porch of a neighboring home, Jauch said. Police found the man in the garage of his home a short time later.
Jauch declined to discuss any statement the woman may have made prior to being hospitalized. Detectives planned to interview her soon.
Both the man and woman suffered stab wounds to their upper torsos, Jauch said. But investigators had not recovered any weapons believed to be involved in the incident.
Neighbors and workers at a nearby business said they did not see or hear anything out of the ordinary before police swarmed into the neighborhood and began cordoning off a townhouse with yellow crime scene tape.
Detectives from the Sheriff’s Homicide Bureau responded to help Baldwin Park police with the investigation. Anyone with information can reach the Sheriff’s Homicide Bureau at 323-890-5500. Tips may also be submitted anonymously to L.A. Regional Crime Stoppers at 800-222-8477.