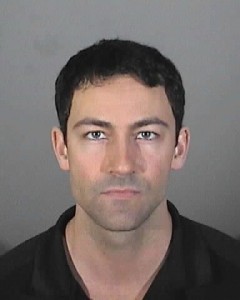 WHITTIER >> A Whittier chiropractor is accused of sexually assaulting two female patients who he treated at his home in recent months, police said.
Investigators arrested Steven Patrick Lowry, 31, of Whittier about 9:40 a.m.Wednesday at the Whittwood Town Center on suspicion of sexual battery, according to Whittier police officials and Los Angeles County booking records.
Police arrested Lowry as he was on his way to work, Whittier police Officer John Scoggins said.
Police declined to identify what business Lowry works at, however his online resume lists him as an employee of The Joint, a chiropractic practice within the mall.
But both of the alleged incidents of inappropriate contact took place at Lowry’s home, “where he conducted some of his business,” Whittier police said in a written statement.
The alleged crimes occurred within “recent months,” Scoggins said. The alleged victims were in their mid-20s and early-30s.
Further details regarding the allegations against Lowry were not available Wednesday.
Anyone with information regarding the case is asked to contact Whittier police Detective Brenna Dineen at 562-567-9283.
According to officials and county booking records, he was being held in lieu of $40,000 bail pending a scheduled arraignment hearing Friday.

PHOTO of Steven Lowry courtesy of the Whittier Police Department.