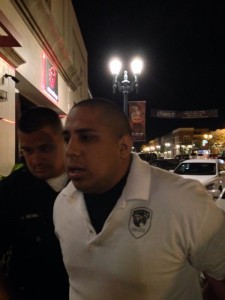 COVINA >> Police arrested a security guard at a Downtown Covina restaurant and nightclub Friday night on charges of selling cocaine to undercover investigators at the business three times in recent months, authorities said.
Covina police and California Department of Alcoholic Beverage Control agents arrested Christopher Rodriguez, 22, of Baldwin Park about 10:30 p.m. while he was working at the Red Lounge & Restaurant, 211 N. Citrus Avenue, according to Covina police officials and Los Angeles County booking records.
Rodriguez is a contractor employed by Whittier-based Executive Sentry Services, police said.
Covina police assisted in making the arrest, which was the result of an undercover ABC investigation, Covina police Sgt. Gregg Peterson said.
“They started conducting surveillances in the location,” the sergeant said. “They were able to facilitate some purchases. They were able to do it on three separate occasions.”
Peterson described the amounts of cocaine sold each transaction as smaller, “personal use” amounts. 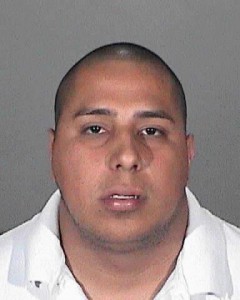 Investigators obtained an arrest warrant for Rodriguez, and the Los Angeles County District Attorney’s office filed three charges of drug sales against him, police said in a written statement.
“They believed this person was operating out of the business, and it wasn’t an isolated incident,” Peterson said.
It did not appear the establishment itself was linked to the alleged narcotics sales, he said.
“There’s no evidence showing that the club was associated with it whatsoever,” the sergeant said. “It appears (Rodriguez) was acting on his own behalf.”
Red owner Everett Ramos said he was shocked by the arrest of Rodriguez, one of 10 security guards contracted through Executive Sentry Services on any given business night. After about 10 ABC agents and police officers arrested Rodriguez, Ramos said they told him of the allegations.
Representatives of Sentry Executive Services could not be reached for comment Saturday.
Ramos said he saw no signs Rodriguez was up to illegal activity, and he appeared to be a good worker.
“I run a legitimate businesses,” Ramos said. “I’m always willing to do things to make it better.”
Though officials appeared friendly during their visit to Red late Friday, Ramos said he wished they could have made the arrest in a more discreet way.
“It didn’t look good,” he said.
In addition to the criminal investigation targeting Rodriguez, ABC officials planned to conduct an administrative investigation, and city officials will review the businesses’ permits, Peterson said.
Regarding the pending administrative reviews of his business, Ramos said, “I’m a little bit concerned, but I’ve done nothing wrong.”
According to county booking records, Rodriguez was being held in lieu of $100,000 bail pending his initial court appearance, scheduled Monday in West Covina Superior Court.