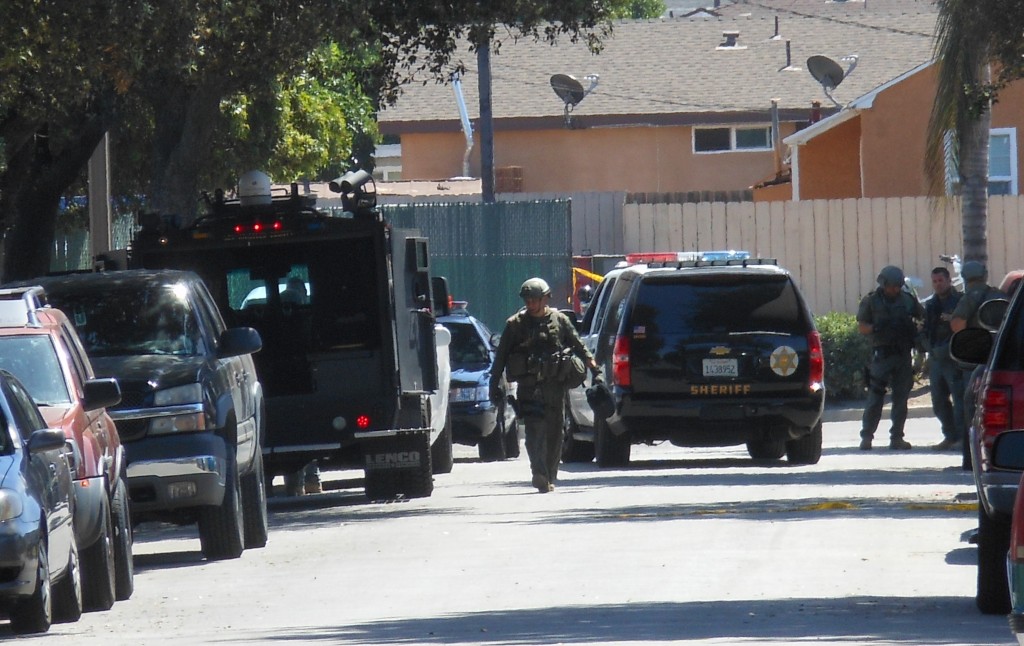 SOUTH EL MONTE >> A man died after he was found stabbed in the neck in the front yard of a South El Monte home late Saturday, authorities said.
Deputies responded to the 11200 block of Broadmead Street about 11:30 p.m. after receiving word from Los Angeles County fire officials that a 42-year-old man had been found bleeding from a stab wound, Los Angeles County sheriff’s Sgt. James Long said.
Coroner’s officials had not yet identified the victim Sunday afternoon, Los Angeles County Department of Coroner Lt. Fred Corrall said.
Paramedics rushed the man to a hospital, but he ultimately succumbed to his injuries, Long said.
“Detectives learned that evidence related to this incident was discovered in a residence in the 11200 Block of Broadmead Avenue,” Deputy Mike Barraza of the Sheriff’s Headquarters Bureau said in a written statement.
A SWAT team was positioned in front of the involved home Sunday morning into the early afternoon. 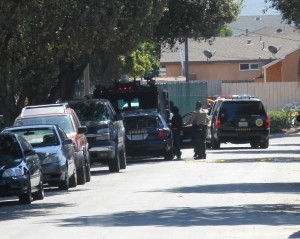 Deputies placed a handcuffed woman in the back seat of a patrol car and quickly drove away from the scene just after noon. A second person was also placed into a squad car and driven away from the scene.
Long confirmed the SWAT team had entered the home and detained two people. Their potential connections to the slaying were unclear.”
“At approximately 12 p.m., the Los Angeles County Sheriff’s Department Special Enforcement Bureau assisted homicide detectives with the service of a search warrant in which several individuals were detained,” Barraza said. “Detectives are trying to ascertain what their involvement is, if any, regarding the earlier stabbing. “
No arrests had been made Sunday afternoon, and no further details were released, officials said.
Deputies shut down traffic on nearby Durfee Road as the SWAT team kept the home surrounded Sunday morning. Yellow crime scene tape cordoned off a city-block-long section of Broadmead Street.
Neighborhood residents watched over the commotion but said they did not know what had taken place, or who had been killed.
Anyone with information is asked to contact the Sheriff’s Homicide Bureau at 323-890-5500.