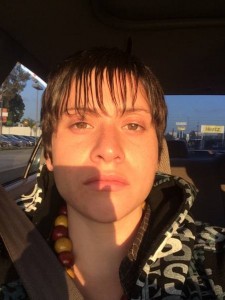 LA HABRA >> Police and concerned family members have asked the public to keep an eye out for an eight-months-pregnant Long Beach woman who went missing in La Habra Tuesday.
Adrienne Moreno was last seen between 1 p.m. and 1:30 p.m. after she was dropped off in the 100 block of North Euclid Street for an unspecified appointment, La Habra police Sgt. Jose Quirarte said. She has not been seen since.
Worried family member reported her missing to police about 2:30 p.m., officials said.
Moreno is Latina, about 5 feet 7 inches tall, 165 pounds with brown hair and brown eyes, police said. She was last seen wearing a black shirt and olive-colored sweatpants.
While authorities were concerned for the woman’s wellbeing, “There’s nothing to indicate there was any type of foul play,” Quirarte said.
Anyone with information is asked to contact La Habra police at 562-383-4300, or Detective Lucifora at 562-383-4364.