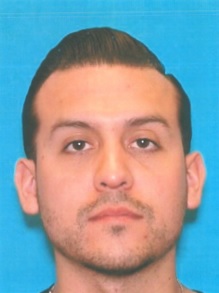 He was riding a Triumph motorcycle westbound when a vehicle turned in front of him, resulting in a collision, according to coroner’s and police officials. Following the initial impact, a second vehicle struck Gomez.
The drivers remained at the scene and cooperated with authorities, Whittier police officials said. The investigation was ongoing.
Friend Mari Mercado said Gomez leaves behind a wife and two children.
Gomez owned American Vintage Barbershop, she said, which has locations in both Long Beach and Whittier. He also served as lead singer of the rockabilly band, “Hi-Strung Ramblers.”
Fans of the band wrote condolences on songs posted on YouTube.
“Sad news today RIP Carlos,” wrote one user. “What a sad loss!!,” posted another.
“Carlos was a gentle soul a caring man (and) friend,” Mari wrote in an email. “He was the sweetest person you’d ever meet.”
Funds to benefit Gomez’s family are being collected online at www.gofundme.com/carlosgomez.

PHOTO courtesy of the California DMV