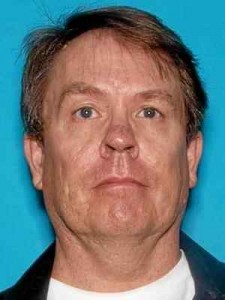 POMONA >> A convicted sex offender awaiting trial for the 1981 slaying of a 6-year-old boy pleaded not guilty Wednesday to a second murder charge stemming from the 1986 slaying of a second young boy, authorities said.
Kenneth Kasten Rasmuson, 53, who was living in Idaho when arrested by cold case investigators in March after DNA evidence linked him to the killing of 6-year-old Jeffrey Vargo of Anaheim. Vargo’s body was discovered in Pomona the day after he disappeared while riding his bicycle in Anaheim on July 2, 1981.
After more than 30 years, Rasmuson was linked to the crime by DNA evidence and arrested, Pomona police Lt. Eddie Vasquez said at the time.
As the legal process moved forward in the murder case, DNA evidence linked Rasmuson to another slaying, that of 6-year-old Miguel Antero of Agoura Hills, Los Angeles County sheriff’s and district attorney’s officials said.
Prosecutors amended the felony complaint already filed against Rasmuson for Vargo’s killing to include Antero’s slaying as well, district attorney’s office spokeswoman Sarah Ardalani said.
His body was found in a wash on April 8, 1986, the same day he went missing from outside his home, prosectors allege.
He pleaded not guilty to the new charges Wednesday in Pomona Superior Court, officials said. He was ordered back to court for another hearing in the case on Jan. 14.
Rasmuson now stands charged with two counts of murder, along the special circumstances that both killings were committed during the commission of lewd or lascivious acts on children, as well as the special circumstance of multiple murders.
Prosecutors are yet to decide whether to seek the death penalty in the case, or life imprisonment without the possibility of parole.
Rasmuson was previously convicted of sex crimes against children in California in the 1980s.