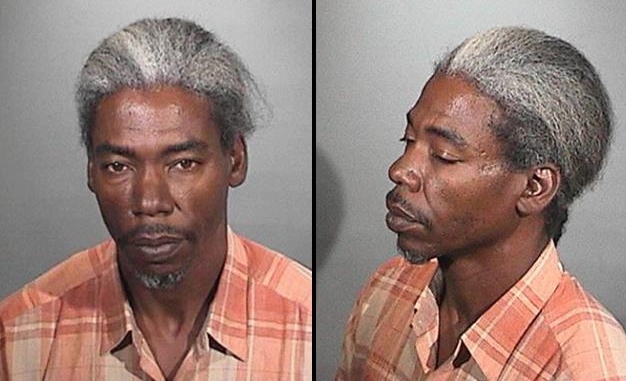 POMONA >> Police are seeking a man they say killed his wife by dousing her with gasoline and setting her on fire at their Pomona home on Christmas Day.
Clarence Duwell Dear, 51, of Pomona remained at large and was considered “extremely dangerous” Friday night, according to Pomona police Sgt. Bert Sanchez.
Dawn Hensley, 41, died in the alleged attack, police officials said.
The alleged attack took place about 1:45 p.m. in the 1500 block of Cordova Street, police said.
“It appears that during a domestic dispute, (Dear) chased the victim from their residence and was able to douse the victim with gasoline,” Sanchez said in a written statement. “The suspect then ignited the victim, possibly with a lit cigarette.”
“Neighbors who saw the victim run from the residence engulfed in flames rendered assistance as she collapsed on the street and remained with her until LA County Fire personnel arrived,” the sergeant said.
Paramedics took Hensley to a hospital with severe burns, officials said. She died a short time later.
Dear fled from the scene and hasn’t been found, Sanchez said. It was unclear whether he fled on foot, or had access to another form of transportation.
Dear is described as black, 5 feet 10 inches tall, 170 pounds, with black and gray hair and brown eyes.
Anyone who sees Dear, or anyone with information, is asked to contact their local police agency or Pomona police at 909-622-1241.
Tips may also be submitted anonymously through L.A. Regional Crime Stoppers by calling 800-222-8477.

PHOTO of Clarence Duwell Dear, 51, of Pomona courtesy of the Pomona Police Department.