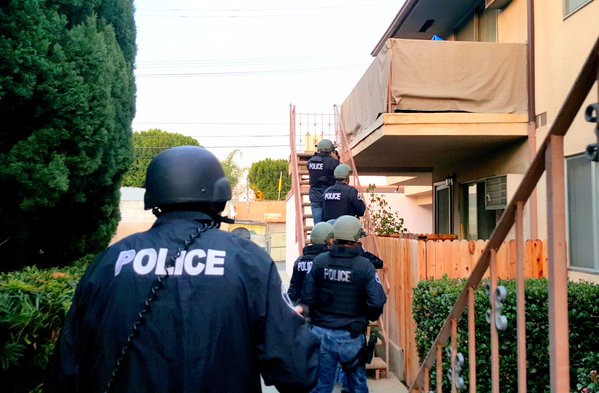 WHITTIER >> Police arrested a 50-year-old woman on suspicion of selling methamphetamine out of her Whittier apartment during an early-morning raid Thursday, officials said.
Sylvia Diane Garcia was arrested about 6 a.m. when Whittier police Special Enforcement Team members served a search warrant at her apartment in the 7700 block of Bright Avenue, according to police and Los Angeles County booking records.
Officers recovered methamphetamine and “items consistent with narcotics sales” at the home, Whittier police Lt. Aaron Ruiz said. It was unclear how much of the drug was seized.
Garcia was being held in lieu of $60,000 bail pending her initial court appearance, records show.