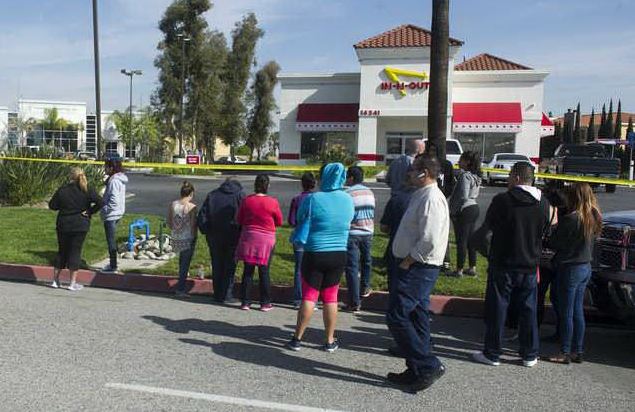 LA MIRADA >> Authorities have formally identified a 48-year-old woman found shot to death outside the La Mirada In-N-Out Burger where she worked early Friday morning.
Josefina Alcocer Estrada of Buena Park was pronounced dead after she was found lying wounded shortly before 5 a.m. in the parking lot of the restaurant where she worked at 14341 Firestone Blvd., Los Angeles County Department of Medical Examiner-Coroner Investigator B. Kim said.
In-N-Out representatives previously identified the victim, an employee since 1996, as Josefina Alcocer.
The woman, who was wearing her In-N-Out uniform, died at the scene, officials said.
No suspect description was available, and the motive had not been determined, Lt. Steve Jauch of the Los Angeles County sheriff’s Homicide Bureau said.
Anyone with information is asked to contact the sheriff’s Homicide Bureau at 323-890-5500. Tips may also be submitted anonymously to L.A. Regional Crime Stoppers at 800-222-8477.