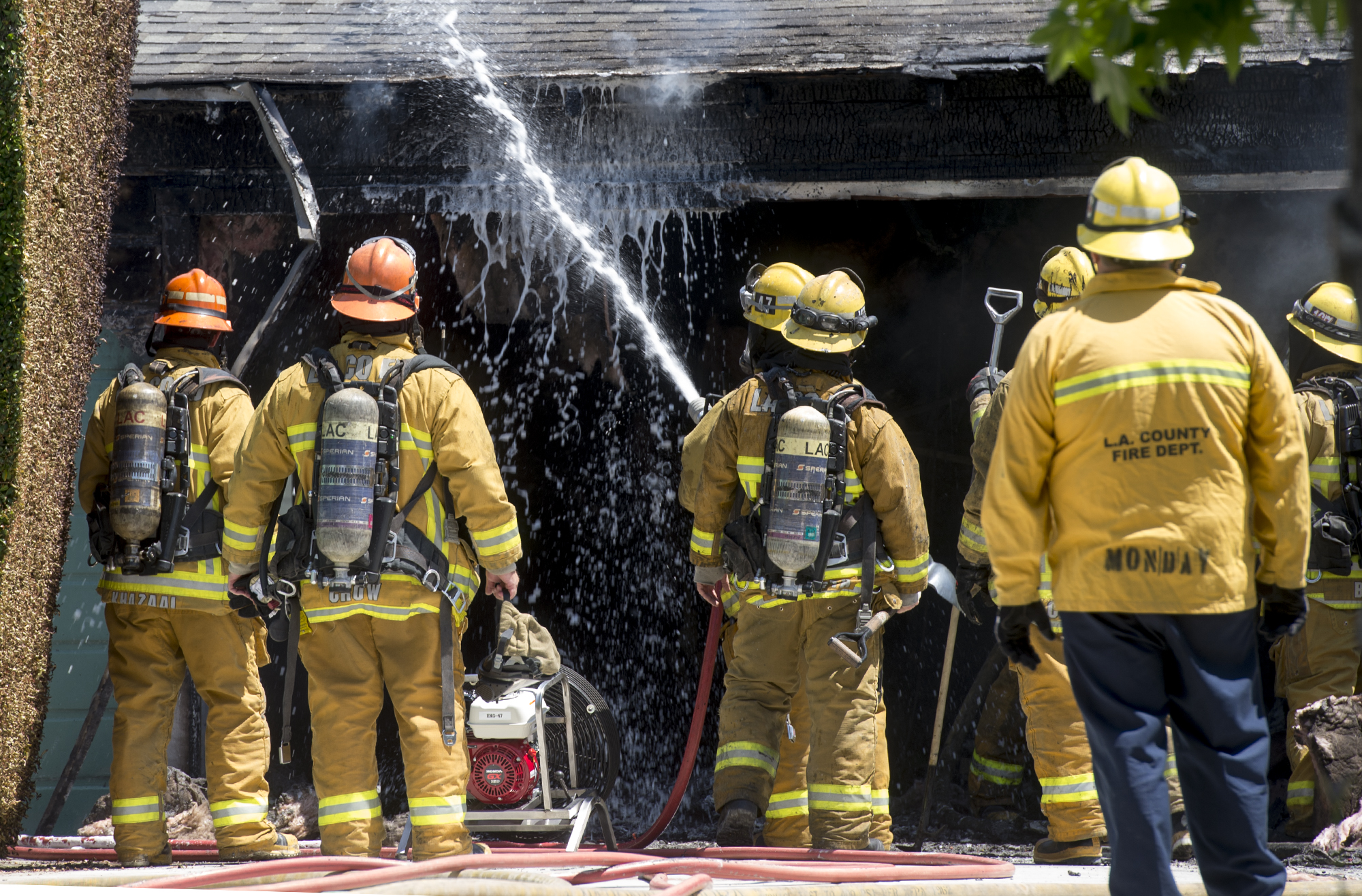 Los Angeles County firefighters extinguish a garage fire on the 5200-block of Halifax Road in Temple City on Wednesday April 20, 2016. There were no injuries reported. (Photo by Keith Durflinger/Pasadena Star-News)

TEMPLE CITY >> Firefighters made quick work of a fire in a residential garage that may have been sparked by the spontaneous combustion of varnish-soaked rags, authorities said.
The fire was reported just before 12:15 p.m. in a detached residential garage in the 5200 block of Halifax Road, Los Angeles County Fire Department Capt. Nick Yslas said.
Firefighters arrived within minutes, and declared the flames “knocked down” about 10 minutes after that, he said.
No one was home at the time, he said.
One firefighter was hospitalized with heat exhaustion, the captain said. The injury was considered minor.
The officials cause of the fire remained under investigation, Yslas said.
But firefighters suspected that varnish-soaked rags, left behind after the residence varnished furniture in the garage, he said.
Rags soaked with oil or other chemicals can spontaneously ignite via chemical reaction in a phenomenon known as “pyrolysis,” the captain explained.
Officials estimated the fire caused $65,000 worth of damage to the garage and its contents, Yslas said.