IRWINDALE >> As they have done each year for more than a decade, Los Angeles County sheriff’s deputies on Friday spent 24 hours standing in silent, stoic tribute to fellow deputy David March at the site where he was murdered 14 years ago.
March, a 33-year-old deputy assigned to the sheriff’s Temple City Station, was shot to death in the line of duty on April 29, 2002, along Live Oak Avenue, just east of Peck Road. A permanent memorial to March stands at the roadside. 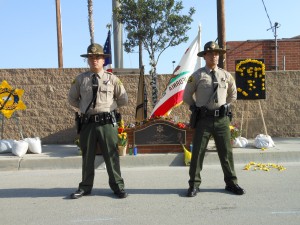 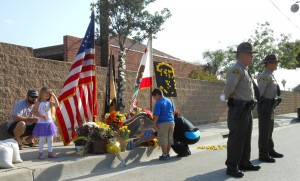 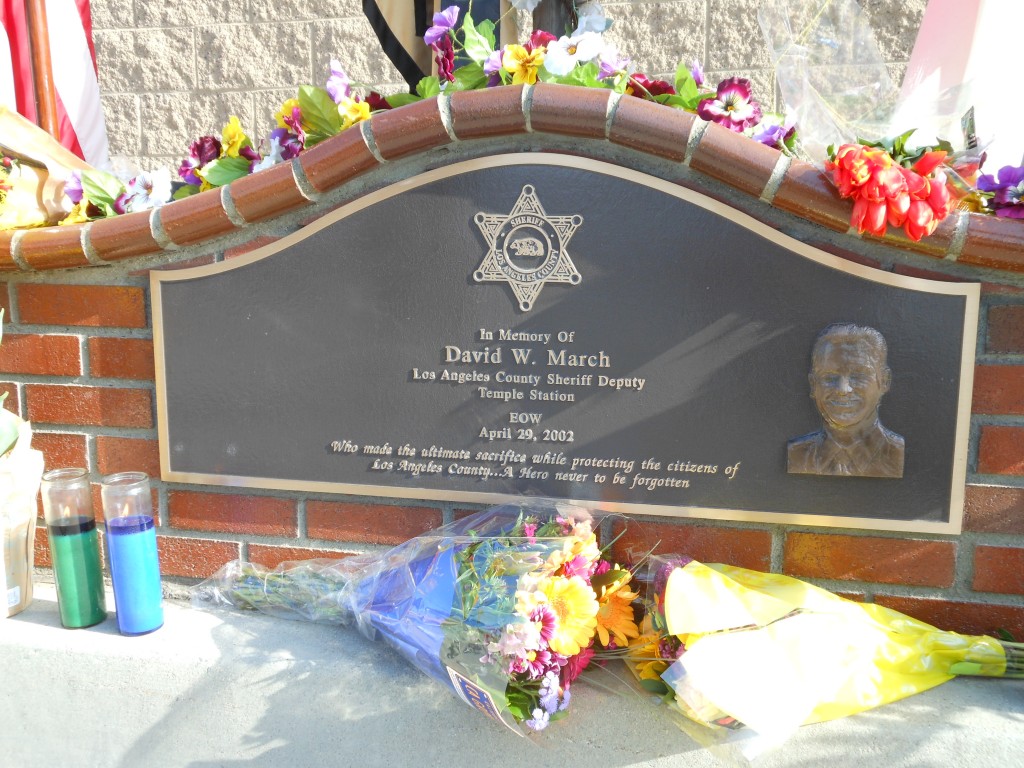