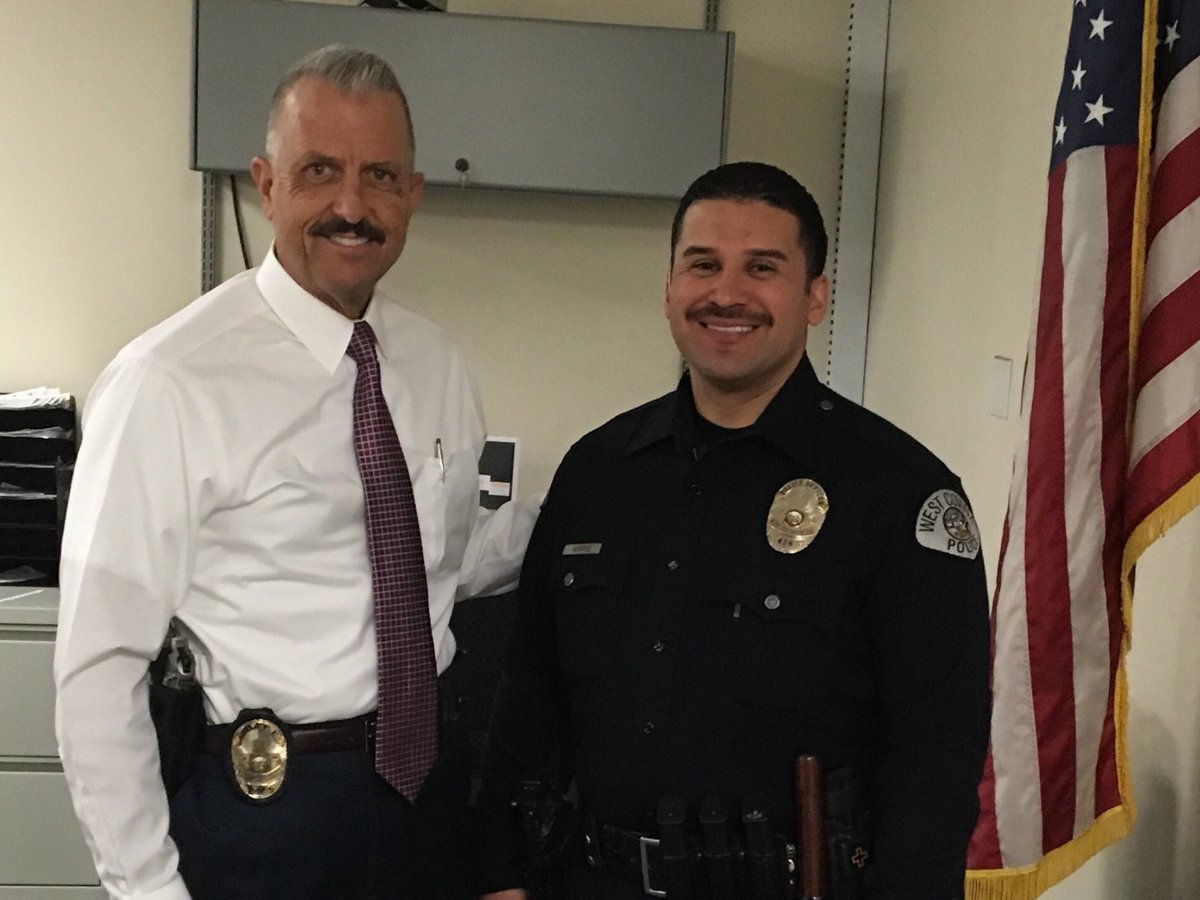 WEST COVINA >> A West Covina police officer wounded in a gunfight with a suspect returned to duty this week after recovering from his injuries.
Officer Kenny Benitez was allegedly shot by 47-year-old Jose Luis Chavez during a May 20 confrontation on Yaleton Avenue, just north of Badillo Street, according to West Covina police and Los Angeles Count sheriff’s officials. Chavez, who was also wounded in the encounter, was captured in nearby Valinda following a six-day manhunt, faces charges of attempted murder of a police officer, assault on a police officer with a semi-automatic firearm and possession of a gun by a convicted felon.
The West Covina Police Department’s briefing room was extra crowded Thursday night as fellow officer and other colleagues attended the briefing to welcome Benitez back to his first shift after three months of recovery, West Covina Police Chief David Faulkner said.
“Ken was severely injured when he was shot in May and his quick recovery is nothing short of miraculous under the circumstances,” the chief said. 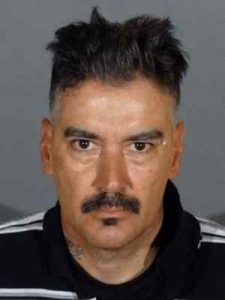 “Officer Benitez is a strong young man and was driven to return back to work in support of his fellow officers in the field,” Faulkner said. “We are very proud of Officer Benitez and how he handled this injury. Ken has set a solid example for our personnel for many years to come.”
Benitez has been a police officer for nine years, and had worked with the West Covina Police Department of a little over a year at the time of the shooting.
Benitez approached Chavez as he walked with a woman, pushing a bicycle, when Chavez pulled a handgun and opened fire multiple times, officials said. Benitez was wounded but returned fire.
The alleged shooter, later identified as Chavez, initially escaped the scene but was captured by a sheriff’s SWAT team the following week in the unincorporated county area of Valinda. He was found to have a days-old gunshot wound to his arm.
Chavez has yet to enter a plea to his charges in connection with the shooting of Benitez.
His arraignment hearing has been postponed four times, and his now scheduled to take place Sept. 6 in West Covina Superior Court, Los Angeles County District Attorney’s Office spokeswoman Sarah Ardalani said.
Chavez is also scheduled to be sentenced for another criminal case on Sept. 6, she said. He pleaded “no contest” in April to possession of drugs for sale, bringing contraband into a jail and possession of a switchblade knife. That case was first filed in December of 2015.

PHOTOS: [ABOVE] West Covina Police Chief David Faulkner, left, welcomed Officer Kenny Benitez back to duty on Thursday, Aug. 18, 2016, on his first night of patrol following after being wounded in a gunfight with a suspect three months ago. [BELOW] Jose Luis Chavez (Courtesy, West Covina Police Department)