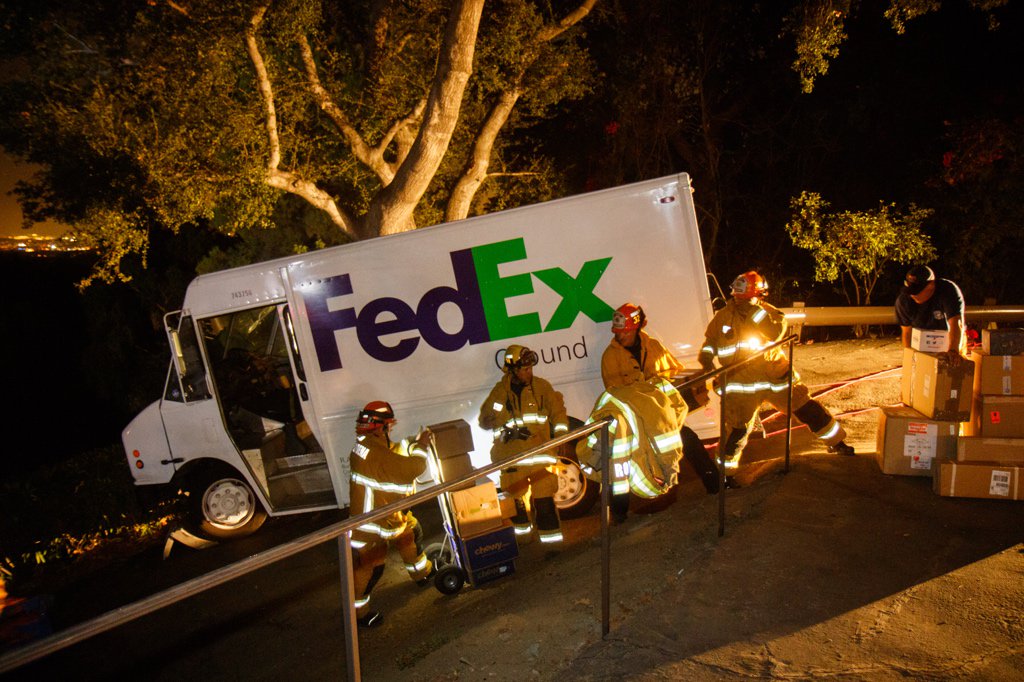 PASADENA >> A FedEx delivery truck ended up precariously perched atop a Pasadena hillside after a crash late Friday, officials said.
The crash took place about 7:40 p.m. in the 400 block of Patrician Way, Pasadena police Lt. Jason Clawson said.
The driver had just made a delivery when he apparently took a turn too sharply, the lieutenant said.
The truck came to a rest with one of its wheels hanging over the roadway, dangling atop a hillside, he said.
Police said the driver suffered no injuries. A home at the base of the hillside where the truck was perched was evacuated as a precaution as officials worked to safely bring the vehicle back onto the roadway. 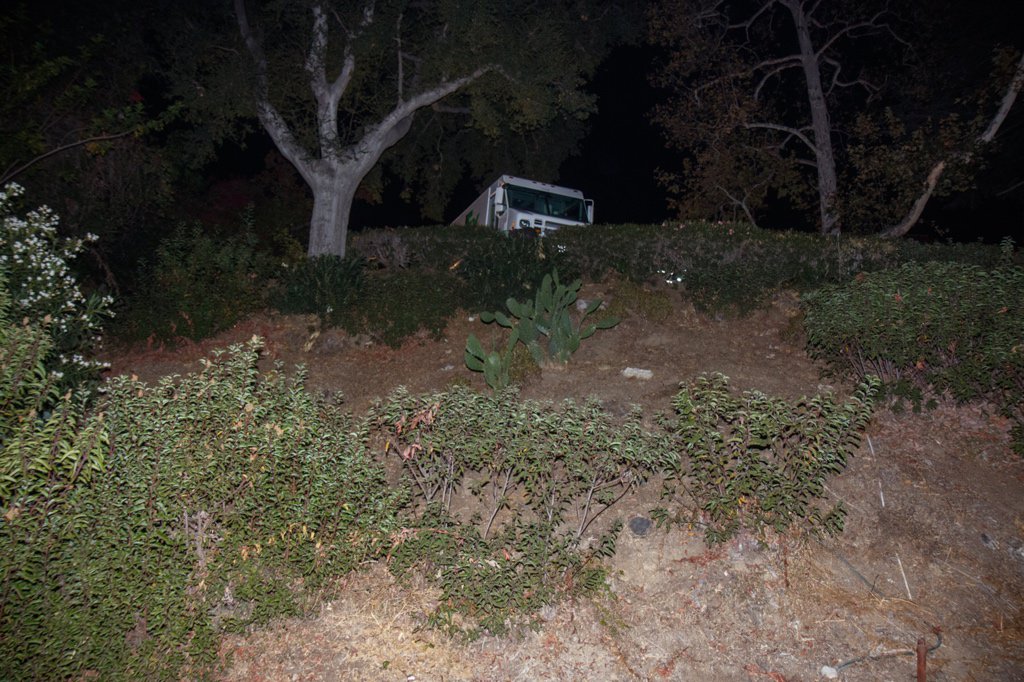 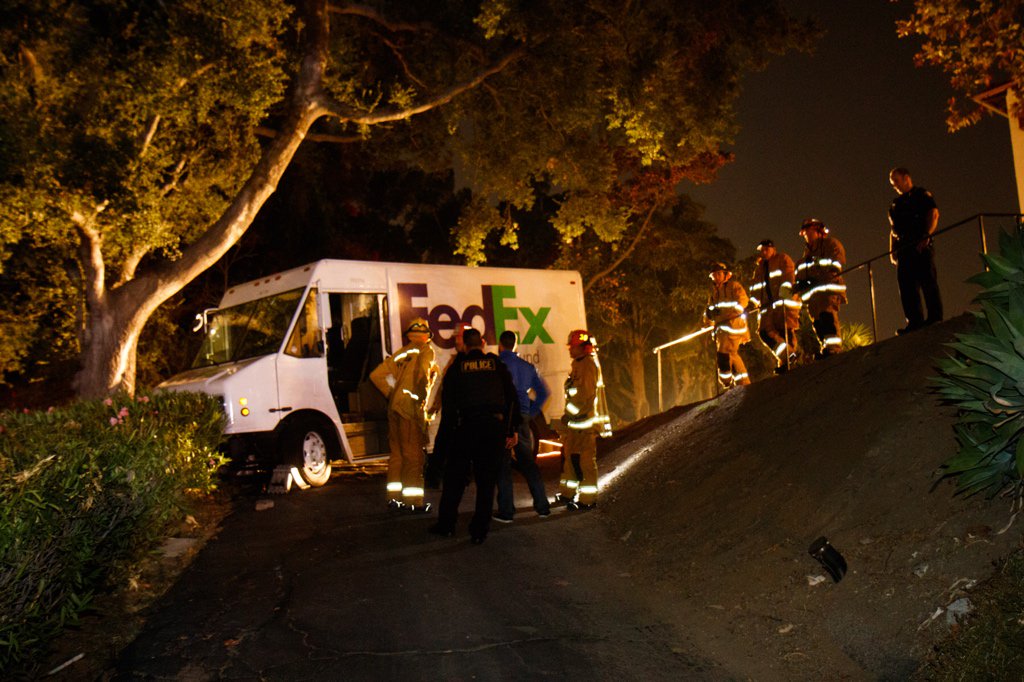