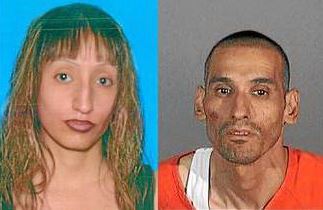 MONTBELLO >> A Montebello man who beat and strangled his wife before stashing her body in the trunk of the family car and fleeing with the couple’s four children in late-2014 admitted charges of murder and child abuse Thursday, prosecutors said.
Daniel Diego Perez was charged with murder and other crimes for the slaying of 39-year-old Erica Perez, whose body was discovered on the afternoon of Dec. 10, 2014, in the trunk of the family’s 2010 Honda Accord, parked at 2nd Street and Harding Avenue, Montebello police Capt. Luis Lopez said at the time. The family of six was reported missing Dec. 9 after a relative reported they had not been seen since Dec. 5.
Police arrested Daniel Perez and recovered the four boys — then-ages 6, 8, 9 and 11 — following a pursuit that ended with a standoff near Santee.
During what was scheduled to be a pre-trial hearing in Los Angeles County Superior Court, “Daniel Diego Perez, 45, pleaded guilty to the second-degree murder of of his 39-year-old wife, Erica,” Los Angeles County District Attorney’s officials said in written statement.
He also admitted two counts of child abuse for endangering his two younger sons during the pursuit and standoff leading up to his arrest. The search for the father and sons resulting in a statewide Amber Alert.
Judge Leslie Swain sentenced Perez to 15 years to life in prison for the murder, plus seven years and four months for the child abuse.
Daniel Perez previously pleaded not guilty to the charges, which originally included kidnapping as well.
An autopsy determined Erica Perez died from probably asphyxia and strangulation, according to Los Angeles County Department of Medical Examiner-Coroner records. Investigators also noted multiple blunt force traumatic injuries as an additional significant cause of the death. The death was ruled a homicide.
When police were first seeking the missing couple, prior to the discovery of Erica Perez’s body, police relayed that family members had reported the couple’s marriage was “unstable” and there was a history of domestic violence.
The couple’s four children have since been placed in the care of family members.